Many of us think we know how to build a new team, but it isn’t as easy as many of us might think. This process happens every day in organizations, whether people realize it or not. Let’s look at what I normally tell managers when they consider adding a new staff member:

Manager: I’d like to open a req and add someone to my team.

Me: Let me talk with you about how to build a new team. When you add a person to a team, youâ€™re not just making it a larger team. Youâ€™re creating an entirely new group with new dynamics, roles, and responsibilities.

Manager: Yeah, but we just need to add a person. We already have a good team.

Me: Donâ€™t look at it as adding a Lego to the top of the stack; look at it as if youâ€™re taking the existing structure, tearing it down, and rebuilding it with the new piece added in. 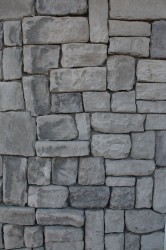 Tips for how to build a new team

This topic hit me the other day when I read a post on the Ask a Manager blog. A reader was asking if it would be acceptable to meet and talk with some of the future coworkers before accepting a job with the company. Here was the initial response from Alison:

Itâ€™s actually surprising to me how uncommon of a request this is. Considering how much of an impact your coworkers will have on your quality of life, youâ€™d think more people would want to do this.

That said, itÂ isÂ a fairly unusual request, particularly outside of senior level positions. That doesnâ€™t mean you canâ€™t ask it, though â€” you can. But because itâ€™s unusual, you want to pay attention to how you word it. Iâ€™d say something like, â€œIâ€™m really excited about this position. Before I formally accept, would it be possible to talk with others in the department to get a sense of how everyone works together? Iâ€™d love to have coffee with the people Iâ€™d be working closest with, or even just come in to talk with them, if possible.â€

I think that’s a great idea, and I’m also surprised how many people don’t do this. I think a part of the reason we don’t get many of these requests is in the way we structure our interviews.

Our interviews focus on how to build a new team

Our interview process normally goes like this for positions at our Huntsville office:

In case you missed it, the second step above is key to this discussion. We let the coworkers interview the candidates, and their votes contribute to who we bring back for the final round. This has helped us to avoid two hires in the past year who looked great on paper but totally flunked the “team” interview because the candidates were dismissive and uninterested in talking with the people who would be their teammates.

Plus the team is also highly engaged in the process and is more likely to be accepting of the candidate that is eventually chosen. The groundwork for communication and trust has been laid before the new team member even starts working. No team building session required to get started on the right foot.