Lying in an interview? Say it ain’t so!

I wanted to share a short back-and-forth I had with a friend about how to know when someone is lying in an interview. I’ve shortened where I could to get to the point, but the lying discussion doesn’t happen until the end. I think the discussion is worth reading through nonetheless. I’d love to hear your thoughts on the process as well! 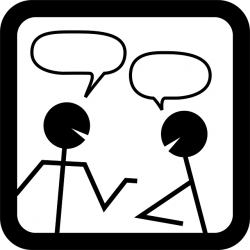 I’ve been working to recruit for culture fit, and I’ve been thinking… Where is the culture that the bad attitudes belong?

I think thereâ€™s a place for everyone, and the â€œbad attitudeâ€ is a misalignment in many cases. Your attitude is awesome when it comes to picking up the phone, serving clients/customers/candidates, etc. If someone tried to turn you into a benefits analyst youâ€™d have a terrible disposition.

Not sure if thatâ€™s culture-specific or industry/job specific. We hire for people who fit our core values. Some of them are a little more â€œopen and honestâ€ than others, and what they say is often construed as rude or condescending. But thatâ€™s who they are and why we hired them in the first place.

Shoving me into a job that requires filing and organization will turn me into a monster. Letting me play all day with different areas of HR makes me just about the happiest person in the building.

Beyond culture to personal job fit

good spin. but don’t some people have JUST a bad attitude? How can we as HR rockstars help people identify what they excel at that makes them happy and grow in that area so they can work in that area??

A permanent case of attitude issues? Yeah, they are the perpetually underemployed/unemployed, if I had to guess.

Part of the problem is bringing people on to do a job when it is not really their passion. At some point the pain of doing something like that will overwhelm them and they leave to find another job. I think thatâ€™s why many people are perpetually changing jobs every 1-2 years. They are looking for a J-O-B to solve their problems, when they really havenâ€™t taken the time to determine what they truly love and want to do. Just because it pays the bills doesnâ€™t make it a good career choice long term. This describes the majority of people in a nutshell:

Far better is it to dare mighty things, to win glorious triumphs, even though checkered by failure… than to rank with those poor spirits who neither enjoy nor suffer much, because they live in a gray twilight that knows not victory nor defeat.
Theodore Roosevelt

All are recipes for failure.

When people take charge, look inward at what they love, and then pursue jobs and companies that align with those values and interests, the world of HR becomes much simpler.

What if the people are lying in an interview?

I feel like the answers could still be faked- if you’re interviewing me and I know what your culture is and how important it is in making a hiring decision I pretty much know what kind of answer you’re digging for.

So if someone does that much research and fakes it well enough to get in, it will eventually show somewhere that they were being false in the interview. We canâ€™t screen for 100% fit but it still weeds out the 90% I would say.

Youâ€™re in a tough spot, but itâ€™s also an amazing opportunity if you can get your current organization to truly focus on their culture.

Be sure they understand that leveraging culture isnâ€™t confined to recruiting. The vendor management guidelines video I did was a very real example of how we use culture externally to help us achieve our goals. Training. Development. Promotion. Termination. Every area is another opportunity to reinforce the core values and culture they want to enforce. Bringing them in on the front end is the beginning of a long and tough, yet very rewarding, process.

How do you determine if someone is lying in an interview?Â