*UpdatedÂ with additional info from severalÂ anonymous sources I’m going to preface today’s discussion a bit. I have been a SHRM volunteer leader since 2009. I’ve been a long-time supporter of SHRM. I also have been a supporter of HRCI since 2009 when I became certified. I’ve watched the battle rage between these two organizations over the past two years and have refrained from commenting publicly. This is my opinion (as usual) and doesn’t mean I have stopped supporting either of these valuable organizations. My goal is to make HR better, and I think that each of these groups is trying to do the same in their own respective ways.Â  Many of you may know me as the person who talks about HR certification more than anyone else on the Internet. Why do I do it? Because I believe in the value. No, not the value in the certification, but in the value of the commitment to long-term improvement. 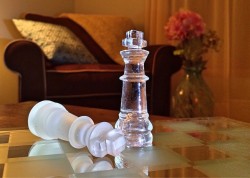 I just answered a few questions last week and I wanted to cover the topicÂ here because it’s a themeÂ that I am seeing more and more often.

I am considering certification because I think I would like to move somewhat more toward the HR field. I am wondering which certification is best (PHR or SHRM) and whether you think it would be beneficial to me in my quest toward a more focused HR career.

I will be taking theÂ SPHR in June 2016 : please answer my below questions 1. What all material I need to buy 2. i am confused – how could we use SHRM Study Material for SPHR certification – aren’t these two different institutions

For those of you who have been under a rock, SHRM stopped supporting the HRCI credentials (SPHR and PHR) back in 2014. Here’s what I wrote on the topic back then:

HRCI isÂ not planning to discontinue providing PHR, SPHR, and GPHR exams to allow HR professionals to be certified. With SHRM moving away from those exams, it remains to be seen what the overall impact will be on the marketability over time for those of us with one of the â€œtraditionalâ€ HR certifications.

My predictions offline at the time were fairly simple. I believed that HRCI was going to win in the short term and SHRM would win in the long term for a few reasons.

For those of you that didn’t know, SHRM pays its chapters for any SHRM members and SHRM-CP/SCP certified individuals. Those dollars, more than any marketing that HRCI can put out, will turn the tide in SHRM’s favor over time.

I thinkÂ HRCI needs a bigger list to market to and must stop attacking SHRM at every opportunity. They also need to get their recertification people working harder/faster/smarter because from the feedback I’m hearing at different chapters around the country, SHRM is doing a better job at this. HRCI has recently piloted its aPHR, which is for early career pros as a way to get more of them into the fold (building that list, as I mentioned). This is a close approximation to SHRM’s Assurance of Learning Certificate which has been around for quite a while and is close to being a standard for colleges across the US.

What I think is very strange is that in the past, HRCI didn’t officially “endorse” SHRM as its only learning/prep tool for the exam, but they did a good job of highlighting it on their website. People often thought that SHRM’s Learning System was the official study tool for the PHR and SPHR exams, which is false. Now that the marriage between the two is broken up, HRCI has promoted other study tools, which means our tools have been selling like hotcakes.Â It feels like a race to the middle with each of them trying to outdo the other and the rest of us being caught in the middle, unsure of which direction to take. Don’t believe me? I’ve received a version of that question that started this post more than 30 times in the past year. Experience has shown me that if I receive a question a handful of times, there are more than 100 people interested in the same topic. This means there are thousands wondering the same thing.

What Does This Mean for HR Pros?

Last year SHRM used its “pathway” to allow those of us with current certifications to simply click a few buttons and get our SHRM certification. That was partly so SHRM could have some numbers to help it market its certification as the next big thing to HR pros and companies (update: SHRM announced early in December that it had 65,000 pathway participants, with more still completing the process in the final weeks). In a few years those of us with a SHRM cert will have to decide how we will continue. At the same time, we will have to do the same with our HRCI certifications and make the call if we continue or let it lapse.

For those of you making the decision toÂ get certified, consider what I’ve written here. For what it’s worth, here is what I’ve been telling people for the past year: For now I would continue to pursue the PHR/SPHR. It is recognized as a standard and could even net you more money.

SHRM’s certification doesn’t yet hold enough value in the workplace for companies and HR pros to put much stock in it. That may very well change but for now it is unproven and untested. I’ve passed both the PHR and SPHR and the knowledge gained helped me to be better at what I do. I took the SHRM pathway in half an hour and got my SHRM-SCP with about as much effort as you’d put forth pulling the prize from the cereal box. I received an anonymous comment from someone that is intimately familiar with the HR certification industry and the person had this to say:

One thing you might want to keep in mind regarding these two certifications, is that HRCI certifications are accredited and SHRM’s are not. From what I understand, SHRM is trying to get theirs accredited, but because they alsoÂ develop the prep materials for the exams, they may not qualify.

Just another piece of the puzzle to consider.

One of my friends is a SHRM volunteer leader and explainedÂ a few key points to me:

I’d love to hear from some of you about how you see this shift affecting you and the rest of the HR community.Â