[Update 2019: This story has been woven into my new book, Artificial Intelligence for HR, which highlights the key skills we need to compete with machines in recruiting, engagement, and more. The book is getting rave reviews. Check it out here.]

If you missed the news this last week, a pair of researchers have published a report showing that Uber drivers are gaming the system in order to earn more money, reduce pickups, and fight back against what they see as a tyrannical algorithm. Here’s a blurb from PBS:

As University of Warwick researchers Mareike Möhlmann and Ola Henfridsson and Lior Zalmanson of New York University say in their best academese: “We identify a series of mechanisms that drivers use to regain their autonomy when faced with the power asymmetry imposed by algorithmic management, including guessing, resisting, switching and gaming the Uber system.”

Algorithmic management is, of course, the software Uber uses to control its drivers. As Mareike Möhlmann puts it: “Uber uses software algorithms for oversight, governance and to control drivers, who are tracked and their performance constantly evaluated.”

A joint statement from the authors elaborated: “Under constant surveillance through their phones and customer reviews, drivers’ behavior is ranked automatically and any anomalies reported for further review, with automatic bans for not obeying orders or low grades. Drivers receive different commission rates and bonus targets, being left in the dark as to how it is all calculated. Plus drivers believe they are not given rides when they near reaching a bonus.

Small wonder then that, according to Lior Zalmanson, “The drivers have the feeling of working for a system rather than a company, and have little, if any interaction with an actual Uber employee.”

So what are the drivers doing in response? Gaming the system by tricking the algorithm.

The researchers report that drivers organize mass “switch-offs.” The dearth of drivers in a given area then triggers the surge pricing mechanism.

The authors conclude by summarizing their findings, pretty much as formally as they began: “We found that [the drivers] actively tried to regain some of their lost control and sense of autonomy. We reported four observed driver behaviors. We found that drivers tried to guess and make sense of the system’s intentions. They utilized forums such as UberPeople to share these stories and gain social support. In many cases, these stories were echoed by other drivers, creating an urge to act. This resulted in a range of practices to resist the system, by switching to alternative systems and even gaming the system to their advantage.”

While the rest of us aren’t switching out our managers for an algorithm any time soon, it’s important to note some of the key statements in this piece that relate to all of us as employers.

The drivers have the feeling of working for a system rather than a company, and have little, if any interaction with an actual Uber employee. People want to interact with people. That’s not Uber’s business model, but we’re seeing now yet another strain on the company based on a fundamental fact that humans are social creatures.

When you work for a nameless, faceless system (or algorithm), it becomes much easier to cheat the system and fight back. It’s different if you’re having weekly conversations with real people who care about you and your success. Remember this idea when you’re trying to find out how to connect your remote employees.

We found that [the drivers] actively tried to regain some of their lost control and sense of autonomy. Is it any surprise that workers would like some sense of control or autonomy in their work? It’s a foundational management and leadership premise to provide autonomy to workers, yet Uber tries to treat its drivers like nothing more than the robots that power its algorithm and platform.

Do we really have to have a newsflash that reminds this company that people are, um, people? They have hopes. Dreams. Desires. And they will find a way to get them if they feel like they are not appreciated or supported appropriately.

Drivers receive different commission rates and bonus targets, being left in the dark as to how it is all calculated. Plus drivers believe they are not given rides when they near reaching a bonus. One of the first lessons you learn in HR? Don’t screw with someone’s pay. Whatever you do, be transparent and don’t make people guess about how their compensation works, or you run the risk of creating a black hole of negativity and gossip that will swallow the company whole.

In a previous job a big part of my compensation was a quarterly bonus that my family depended on. It never failed that each and every quarter the deadline for payment would pass, I would raise the question, and eventually it would get paid. But why make me or any other employee have to go through those hoops for that? It makes me wonder if I would have ever been paid ANY of it if I hadn’t brought it to their attention. When it comes to how pay is structured, be clear about the expectations, be transparent about the process, and for goodness’ sake pay people when you say you will.

Okay, that’s enough from me. What are your thoughts on this specific issue or these general issues? Am I on point? Off the mark?

Of the three keynote speakers at HR Florida, Daniel Pink was definitely my favorite. He shared some phenomenal ideas to motivate employees, and I’m already looking at ways to incorporate those concepts into the workplace.

Quote of the day

Management is an 1850s technology for controlling people at work. -Daniel Pink 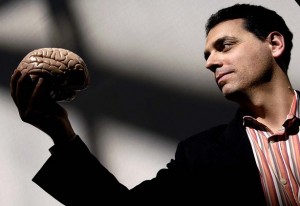 He touched on several pieces of interesting research, but the most interesting was a study of commissioned (someone pays the artist to create it) and non-commissioned (it is created by the artist with no compensation in return) artwork. A random selection of both types was assembled, and the objective judges provided some interesting feedback. While both sets fit the requirements for form and function, the non-commissioned works were judged as more creative nearly every time.

The takeaway for business leaders is that we should look for ways to provide non-c0mmissioned work opportunities for our people. An Australian software company called Atlassian offers what they call “Fedex days” to their employees. Basically the staff has the opportunity to work for 24 hours on projects not directly related to their daily duties. The only requirement for employees during these events is that they have to make a presentation to the company describing what they worked on.

They have had incredible success with this program, and the projects and tools that have been developed during these day-long work marathons have helped to spur innovation and creativity throughout the organization. In short, it works.

It’s been known for quite some time that autonomy really is a powerful tool to get your people invested in their work. When was the last time you asked someone to describe their best boss ever and they replied, “He/she was always looking over my shoulder and was quick to point out when I was wrong. I love my micromanaging boss!”? I’ll go ahead and state the obvious: that has never, ever been said by anyone!

One of the hard parts after hearing a session like this is to figure out how to apply it to your daily work. Daniel Pink did a great job of offering ideas to put into action (including taking the Fedex Day idea above for a test drive). He called this one the autonomy audit.

How to perform the autonomy audit

Ask employees to rate these four questions on a 0-10 scale (0 being low control, 10 being high control):