I was talking with a friend last week about technology–specifically the kind we use in the HR, payroll, and recruiting space. His organization is using an awful tool that costs quite a bit of money. It’s not user friendly. It doesn’t make data easily accessible. And it’s become a running joke that any basic business need will require yet another $20k+ module just to meet that single need. It sounds like they are in the perfect place to be considering other technology, right?

And yet he and I both know that they are not going to make a change any time soon. Despite the availability of various “HR modules” within the system, he uses a point solution to handle recruiting needs and an Excel spreadsheet manage employee data. At some point he’s going to have to move to something else, but he and his organization are just part-way into the HR technology maturity curve. Here’s a look at the curve (in my opinion) and how technology is normally put into place. 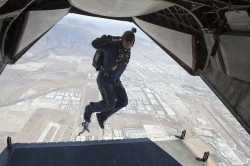 Diving into HR technology doesn’t have to be scary

One of theÂ first steps most companies take in terms of HR technology typically comes with recruiting. Adding an applicant tracking system to eliminate manual job posting, tracking of candidates, and collaboration with the hiring team. Using a piece of recruiting software (like Recruiterbox, for example), can drastically change HR’s role in the hiring process from administrative to strategic.

I can still remember the before and after look at my recruiting practices when it came to technology implementation. When it was all manual, I was just trying to keep the mass of information organized enough to pick anyone competent and qualified. When we transitioned to using an applicant tracking system, I was able to then spend more time coaching hiring managers, screening candidates more thoroughly, and onboarding new employees.

Another common first step is in payroll. Again, it can be an opportunity to change from very administrative (did we get that person’s dependents right?) to a more strategic focus on compensation, variable pay, and other important elements that fall through the cracks when you’re spending several hours a week reviewing pay stubs.

One area I’ve seen grow of late is the set of companies offering performance feedback/employee engagement solutions based on simple surveys and quick “pulse” feedback gathering. These are very easy to implement and don’t require all the trouble of the typical performance management solution.

The deeper into this maturity process the company goes, the more likely it will select a suite to consolidate vendors and ensure a uniform data set across the various platforms (learning, performance, compensation, etc.)

One area I’ve been very interested in of late involves the difference between companies that pursue point solutions to solve various problems and those that snag the suite to combine each area. A few questions that have bounced around in my mind:

What are your thoughts? Where are you in this HR technology maturity curve?Â

Last week a friend called me for some help. He’s working on some 401k reporting requirements, and the data the provider needs from him is fairly detailed. In prior years, we could have pulled some quick reports from the accounting system and gotten everything plugged in after some love sessions with a keyboard. However, the newly implementedÂ accounting/recordkeeping system seems to think that actually running reports and gathering data insights is a “nice to have” versus a “must have.”

This got me thinking pretty hard about the importance of test driving new solutions before settling on a provider. If the selection team had been aware of the flaws in the system, including glaring ones where people can’t get data reporting that they really need, then they might have chosen another tool entirely.

As it turns out, there is limited reporting functionality, but it’s so incredibly complex that only one person is able to accomplish the task, and that’s only after an hour or more of trial and error. Yeah, not very efficient.

If you’ve been around here for a while, you probably know that I like the Freakonomics podcast. I’m an economics nut, and I always thought if/when I got my master’s degree that I might like to teach economics as an adjunct professor. Yeah, livin’ the dream! :-)

Anyway, in a recent show, the two economists were talking about making business better, big data, etc. One of them, Steve Levitt, consults with different organizations to solve business problems. He mentioned that until he actually got into the businesses, he never realized that the problem of big data, analytics, and actually getting actionable information out of existing data would be driven (or limited by) the IT infrastructure.

That comment, combined with the experiences above, are probably a reality for many of you out there. Thinking back, I used Excel as my HRIS for some organizations, because we were too small to need anything else. That didn’t really allow for analysis or anything fancy–it was just a recordkeeping system. 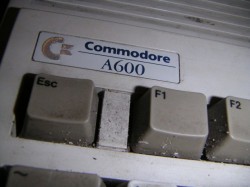 Now there are providers out there that offer services to small companies to help them transition away from spreadsheets to a cloud-based system for HR needs, but many companies, especially smaller ones, wouldn’t want to have an HR system and a payroll system. That decision is usually driven by payroll, since that’s a critical business task. For many smaller organizations, keeping the HR records straight isn’t considered that critical. There are a few reasons for that:

A few years ago I worked for a company with about 600 employees, all located within 100 miles of the corporate headquarters. The company had a problem with turnover. Majorly. We weren’t food service or anything like that, and yet we had approximately 50% turnover year after year for as far back as I could find records. So I decided to try to get some insights into what was going on. I snagged the data from the past five years, dumped it into a spreadsheet, and started manipulating the information.

Within a few hours I had some great insights that pointed toward the problems, and I crafted a few potential solutions to help ease or even solve the problems we were facing.

When I presented my findings, I was told, “You didn’t have time to worry about things like that. Go process your 25 terminations and 15 new hires and leave this alone.”

In my example, we had the data and the potential solutions, but we lacked the one thing needed for action: leadership support.

I don’ t know that we broke any new ground here today, but I’ll leave you with a few takeaways from my perspective: