The second half the title didn’t make it due to space, but it should read “A, B or C? What Are You? Do you, or should you, care?” 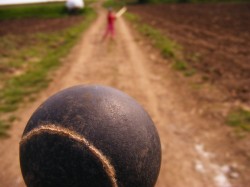 Quoting from Part 1 of this series as a refresher:

Think about your own team or company. Can you stick a label on each person to identify them as an A, B, or C? More importantly,Â shouldÂ you?

Do your people need to have a label of A, B, or C stuck on them from the moment they walk in the door? I could go either way with this, so Iâ€™m not saying you should or should not. I just want you to think about your own people and if it makes sense to do it for them…

But maybe itâ€™s not the best way to â€œboxâ€ your people in? Are you tacking on a label based on their current performance/situation when it will change over time?

I’ll admit it. Based on the descriptions of A players, B players, and C players, I’ve occupied each of those boxes at least once at some time in my career. Yes, I’ve been a C player. I’m not proud of it, but somehow I survived the experience. It might have been due to the fact that I knew the company had a track record of ignoring any conflict, even when people weren’t getting everything done they needed to.

The only time in the history of my work experience that I can remember being someone who “wasn’t achieving enough to satisfy my employer” was after my kids were born. I asked for a week off when they were born to help get them settled in at home, and it was made to seem like a monumental request. I didn’t dare ask for any more time off to help at home, so I spent the next month or two in a sleep-deprived stupor. I don’t know how I drove the 40 minute commute each way without falling asleep, much less actually getting any work done during that time. I remember I was pretty rude and snappy, but I don’t remember any specifics.

If I had been more alert, I might have been concerned about my lack of initiative and dedication to my work. However, I pretty much didn’t care about anything but family and sleep during that time. Eventually the girls started sleeping through the night and I was able to get back to my normal self.

I’ve been an A player, too. It’s a really cool place to be.

When I started my current job I went nuts trying to push every boundary to make the HR team better. I was a risk taker and did everything I could to “accomplish more or move up in the organization.” There were a few times when I put work stuff before family. In the moment it was exciting to be a part of a flashy, important project. But I always looked back and saw that it was the wrong choice to make.

That’s when I decided that “B” wasn’t a bad word.

If I had to put myself in a box, this is where I’d be right now. I am committed to balancing my work and family priorities. When things are calm at work, I take more days off and spend more time with family. When things are crazy at work, I do some work after the kids are in bed or early in the morning.

But I’m not sacrificing my life and theirs for work. It’s not worth it. I also am not interested in leaving my employer any time soon, and that also adds a point for me as a “B” player. I have “A” tendencies, but I’m not willing to sell out completely.

After that introspection, I come up with the real question.

We use a slightly different model (A,B,C,D) but the principle is similar. The important thing about categorizing people in this way is â€“ you need to see the rating as temporary. People change, they grow, they get grumpy, they lose interestâ€¦ so you need to reevaluate at least annually. We evaluate this twice annually because itâ€™s so dynamic â€“ and because we use the ratings to determine who we should invest the most in developing.

The goal is to convert D players (not meeting the job reqmts) into C (average performers meet the minimum standards) or B (solid performers that consistently perform) players. We tend to invest the most time and energy in A and B players because they will multiply that investment into significant accomplishments for the company. Learning and growth are the ultimate retention mechanism for these key people â€“ so we do our best to give them opportunities to do both.

And, by the way, we never tell anyone what their â€œratingâ€ isâ€¦ because we donâ€™t want a C player to give up or an A player to get lazy.

I’d have to agree with this assessment. It’s temporary, but it’s also important to measure and track. And the comment about learning and growth for A/B players is spot on. Money has diminishing returns for high performers; offering a chance to participate in something new, unique, or exciting is more valuable for many of them than an additional bump in pay.

Kristina dropped in with her own comment (half rant, half rave). A snippet:

Wouldnt the definitions of A, B, C (D?) vary from organization to organization or am I just making this stuff up?

I’d say this would probably be the case. Interesting twist on the discussion. Anyone else have thoughts on this?

Furthermore, how do your A and B players feel about C (and D) players? Do you know how they feel?

I know that our A and B players resent the C (and D) players. They feel like they are sucking the life out of the organization and need to be removed. Of course if one of them slipped into C territory for any reason, they’d expect leniency, but that’s another matter entirely.

I preach and yes preach is the right word, that it is possible to have a team of ROCKSTARS.

I have a book review coming out later this week on The Orange Revolution. It talks about that exact topic, and also how that team can impact the organization overall. Great concept.

You will get what you accept-why are we accepting C players? or B players? or whatever? Do we really need some of each to make the company go round or can we raise the bar?

I think this is the core question that I’d like to address. If this is temporary as we’ve discussed, then C players might just be A/B players who need a refocused intensity (AKA a swift kick in the butt). Do we really need some of each? I’d say yes. Even if you’re hiring all “A” players you are going to eventually have some of them settle in as “B” players. It’s just the way things go. At that point do you kick them out even though they are still a valuable contributor? What if one of them has a situation like mine and drifts into “C” player territory for a short time?

I don’t have the answer to this one, but I’d love to see some comments from others. It’s a great conversation to have!

What about you? Are you an A, B, or C? Do you care? Do you think we need some of all of the types? What are your thoughts?