Last week I posted this to my personal Facebook page, but I think it will be relevant to many of the people here as well because other states are adding these on a regular basis (California, Delaware, Atlanta GA, Hawaii, Illinois, and more!) The equal pay portion is important, but the more immediate impact will come from the last piece of this: a requirement that limits employers with regard to asking for prior salary history in a job application/interview process.Â

To my Facebook friends in Alabama, your friendly neighborhood HR guy here to explain one of our newest laws that affects every one of you that works for an employer and all of my other HR/recruiting nerd friends in the industry (effective October 1, 2019).

The Clark-Figures Equal Pay Act requires employers to pay people equally for doing the same work at the same performance level, regardless of your gender or race. However, most importantly, it also helps by preventing employers from asking you about salary history.

Why does salary history matter?

See, the research shows that in salary negotiations, women (and minorities) typically negotiate less and end up with less money. That’s not necessarily a bad thing if someone ends up 5% different, but if you stay on the job 10 years through various promotions, a woman could be making significantlyÂ less than the man next to her doing the exact same job. Ouch. See this chart for an example, which shows the pay gap growing every single year! 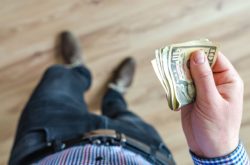 If we ban salary history inquiries, women aren’t tied to poor valuations at previous companies and can have a level playing field for compensation conversations in the hiring process.

What are the practical impacts?

So employers, while they can still ask about salary history in the job application, can’t use a candidate’sÂ refusal to provide the informationÂ as a decision point in the hiring process. Most employers should remove that entirely from the application just to be safe.

A common question I’m getting from employers is how to have this conversation. It’s actually pretty easy.

On June 10, 2019 Governor Kay Ivey signed a bill passed by the Alabama Legislature that adds protections for employees against sex and race discrimination. The law is called theÂ Clark-Figures Equal Pay ActÂ (Alabama Act 2019-519, which started out as House Bill 225 during the 2019 legislative session).

However, employers can pay different rates if the rate of pay is based on one of the following:

The act also provides that an employer canâ€™t retaliate against or refuse to interview, hire, promote, or employ an applicant who wonâ€™t divulge his or her wage history. This sets up a rather intriguing catch-22 for employers. Youâ€™ll notice that the act doesnâ€™t prohibit the employer from asking about wage history. But if the employer bases a employment decision on that failure to divulge, then the employer runs the risk of being sued for discrimination or retaliation.

So when dealing with wage history, an employer has three options: