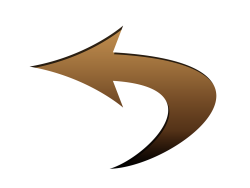 A while back I was reading a story about a CEO being asked to return to his company after stepping down from the role years before. As usual, I started tying the thoughts back to HR and how that sort of â€œboomerangâ€ employee, at any level of the company, might approach the decision to return.

For instance, what would change? What would stay the same? If you had a fresh start, how would you do things differently? Or maybe it wouldn’t be a fresh start at all–people would expect you to do the same things the same way, even if it wasn’t good for you or the business long-term. Well, today you’re going to get some excellent insights into this idea of boomerang employees.

I decided to ask Mary Faulkner, Talent Strategist & Business Leader, for her opinion on the topic. Mary is a writer, speaker, and HR leader whose opinion I respect. After you read some of her thoughts, youâ€™ll understand why!

Ben: Tell me a bit about your experience. Whatâ€™s the background story?

Mary: I was at a Fortune 200 company for about 6.5 years and it had a reputation as a tough (most would say ‘toxic’) culture. No lie…it really, really was.Â  But it was also a place where I worked with amazing, smart, driven people who were doing their best to bring leadership development to a culture that didn’t really embrace it.

When I left, I did so on good terms – but I was also burned out and bitter. Fellow ‘survivors’ often joke that you almost need a rebound job to detox from the day-to-day craziness you endured.

A few years after I left, I was approached to potentially go back to the old team.Â  I listened and met with past stakeholders and coworkers – good people who continued to fight the good fight while I left.Â  This process helped me think through the idea of being a “boomerang” employee.

Ben: What if you left and came back as an HR leader?Â

Mary: I was already a “leader” in that I had a team, owned a good chuck of the leadership dev process, and also had clout with key stakeholders. If I went back, it would have been 1 level up…which would have afforded some additional influence…but not as much as you’d think.Â  The same players were still above me – with one key difference, which is why I was even considering the return.

Ben: So when I think about starting a job, I know I can get some “quick wins” to help establish some credibility. Would you still be able to have a whole new set of “wins” or would it be challenging to do that all over again?

Mary: Truthfully, this was a real concern for me.Â  I knew I had burn out, and while distance lends perspective, it’s possible I would have run into the same roadblocks – not necessarily because of the organization, but because the same people with the same dynamics were still there.Â  I was not naive to the fact that we all had history…and a new person wouldn’t have the baggage we all had in the role.

Ben: Okay, so what would you do differently the second time around?Â

Mary: I would be more direct with key stakeholders (meaning, I would go to them directly), not relying on my VP to do my talking for me. (Don’t get me wrong – great guy.Â  We just have very different styles.) Â I think I’ve learned more about how to sell ideas based on business needs and results since I left, and that would help inform my pitch to get programs funded and supported.

Ben: What innovation would you bring to the table?

Mary: The innovation would come from fresh perspective, experience in other organizations, which I could apply to my knowledge of that organization.Â  I’m surprised at how many things we had set up the “right” way – much of our performance management, talent review, and other programs had best in class infrastructure. It’s how we implemented it that lead to issues.Â  I could have used my exposure to other systems to build the case that we are almost there… and here’s what we need to do to get the outcomes we’re looking for.

Ben: Another piece that seems to be a gray area that we don’t hear about much is the “people” element.Â How do people treat “boomerang” employees/leaders differently the second time around?Â

Mary: This org actually had quite a few boomerang employees.Â  One the one hand, it was accepted – people knew that sometimes you just needed a break and that you’d come back rejuvenated.Â  I think there was still a backlash – maybe not stated, but certainly there was a feeling that, “Um…we stuck it out and kept this place running while you pursued your bliss.Â  What makes you so darn special?”

What struck me is how little people seemed to have changed.Â  I felt like I had grown quite a bit professionally because I’d done other work and been in other companies, and those who had stayed were still using the same methods to get work done…because the environment was the same. This “sameness” was a reason I was a bit relieved when they opted to go internal with the role.Â  I loved what I did there, but I’m not sure it would have been growth.

Ben:Â Thanks for your time, Mary! This has been great and I think the information is very helpful. 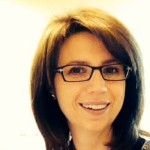 I hope you enjoyed the interview with Mary Faulkner! You can follow her on TwitterÂ or find her on LinkedIn. Thank you again, Mary, for sharing your insights and ideas.

So, what are your thoughts? How does your organization handle â€œboomerangâ€ employees? Have you ever faced a decision like that yourself? Iâ€™d love to hear some other stories on the topic.

Also, if you like the interview format, I’d be glad to do some more of them. Hit me in the comments or via email if you’d like to see other interviews of HR leaders.Â

One thought on “Boomerang Employees: How to Approach the Decision”