[Update 2019: This story has been woven into my new book, Artificial Intelligence for HR, which highlights the key skills we need to compete with machines in recruiting, engagement, and more. The book is getting rave reviews.Â Check it out here.]

Note: if this concept interests you then you definitely need to click here and sign up to get a heads up when my new book is coming out later this year. In the book I tell dozens of similar stories along with leveraging research and examples of AI technology to support HR, recruiting, and talent. Itâ€™s written in my usual, down-to-earth style and will introduce you to a wide variety of use cases, vendors in the HR tech space that are doing interesting work with AI, algorithms, machine learning, and more. Learn more: http://AIHRBook.com 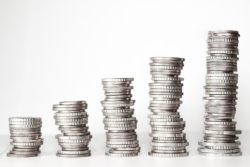 Pay parity is all about ensuring that women and men earn the same pay for the same work, yet the gender pay gap is still alive and well. Sources vary but one estimate put it at 11% back in 2016 (source). For every dollar a man earns, a woman earns 89 cents. But can an artificially intelligent system that makes decisionsÂ without bias or regard for someoneâ€™s gender solve this problem? For example, if you could design a system that schedules work shifts and pay rates based on a blind algorithm that does not factor gender into the decision, you would logically expect to find that men and women earn the same in such a system, correct?

But what if I told you this isnâ€™t the case?

Thereâ€™s an employer that exists in markets around the globe with this kind of system in place. In a recent analysis by economists from Stanford and the University of Chicago, the researchers found that in spite of this highly automated, gender-blind algorithm that sets pay rates and assigns work in real time, men still out-earn women. This employer, if youâ€™re curious, is Uber.

In an analysis released earlier this year, several economists looked at the transactions that occurred in the system to understand if there was a pay gap. Transparently, one of the economists fully admitted that he expected to see little to no gap in pay because of the structure of the system. Again, we all logically expect this. Yet the conclusions of the analysis are equally logical, if a little confounding, for those of us that had hoped to find a mechanism for eliminating the gender pay gap.

How the Pay Gap Occurs

The gender pay gap in the open market is around 11%, but the gap for Uber drivers is closer to 7%. Three factors feed into the pay gap, according to the research:

What is important to note is thatÂ pay assignments are equal. Men and women that drive the same route at the same time earn the same pay. In that respect the algorithm really is leveling the playing field. However, in terms of hourly wages, men are earning slightly more because they have more experience, faster driving speeds, and more lucrative routes/pickups.

My conclusion? UnequalÂ resultsÂ doesn’t mean unequalÂ treatmentÂ at the outset. In this case I’d say the algorithm worked as advertised, and that good ol’ human unpredictability explains the rest.