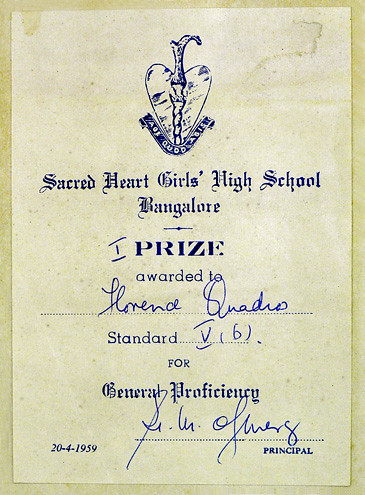 Are we learning something new or something old? Photo via enygmatic

In case you missed the original post where I rambled and ranted about how unprepared students are for the world after college, feel free to read it, because this post builds on that topic.

I received several fantastic comments since the original post, and I would love to bring attention to them here, because they build on what I had to say and bring some different points of view to the discussion.

Karen had some experience in school, but it wasn’t current enough to make much of a difference. (Karen, I don’t know if that is better or worse than having none at all!)

We had one HRIS class as an elective. I recognized that it would be necessary, but for some reason it was a hard sell to the students.

The professor was current in the industry, but the information, text and actual lab technology was very dated and superficial. We were told it was due to cost. We were given a â€œhow-toâ€ in choosing a system (RFP) rather than any in depth on the technology itself.

While I was in school full time, I also had 2 full time internships and an outside part time position. Because of the nature of my positions, I didn\’t have much exposure to the technology used in larger companies and still find it a challenge.

Chris had a similar experience. He also said that he is an adjunct professor and uses a hands-on project for the entire semester’s grade.Â  (Congrats to you for that, Chris! You’re doing your best to prepare the next group for what work is really like!)

I cannot agree with you more on this subject! I came out of school back in â€˜04 with a Bachelor\’s in Management & Admin w/ an HR Concentration and I can definitely tell you that most of what is taught today does not prepare you for the â€œreal worldâ€ of HR.

Of course, I had one professor that was fantastic and kept up with the latest research and how HR really worked in today\’s environment, but the other professors were just clueless. Many of which have never even worked in HR â€“ they just achieved degree after degree and then preceed to tell me how HR works. Or you have the few that worked in HR when it was Personnel and we can both say that HR today has left Personnel at the station.

I currently teach Performance Improvement as an adjunct and I don\’t have a single test in my course, but rather a course project that the student has to apply the Performance Improvement model to a real life client. How much more can you appreciate learning â€“ you are applying what you are learning and can put this on a resume!!! I only wish more professors has done the same when I was in college.

The technology side will always be hard to teach because it is hard to get HRIS companies to provide software to universities (PeopleSoft, AS/400, etc.) because the software costs quite a bit and it requires a great investment on the universities part with a server that could run the software. However, this one I am still trying to figure out because I am trying to put together an HRIS course to teach without just teaching from a book â€“ what do you learn from that? Technology is very hands onâ€¦.especially if are going back to using AS/400 which is the â€œgreen screenâ€ days and â€œFâ€ keys.

And last, but not least, April said that her experiences outside of college prepared her for the HR field much more than just the college experience. She also detailed some specific things that students need but aren’t getting. (April, I agree with you wholeheartedly on those. I’ve learned more since leaving college than I ever thought possible!)

There\’s so much more to HR than the regulations and models. Had I joined the HR workforce right out of college, I would have been lost. College was great, I maintained a 4.0 gpa but most of that was because I was living it as I learned it and could provide depth to what we were learning. Students need HRIS trianing, experience handling employee relations issues (beyond the legal perils) and in some cases hard core business writing skills.

If anyone else would like to join the discussion,Â  I would love to hear what you have to say. This thing is a huge issue, and I’m obviously not the only one to see the disconnect between what’s being taught in the classroom and what we need to succeed in the workplace.

There\’s so much more to HR than the regulations and models. Had I joined the HR workforce right out of college, I would have been lost. College was great, I maintained a 4.0 gpa but most of that was because I was living it as I learned it and could provide depth to what we were learning. Students need HRIS trianing, experience handling employee relations issues (beyond the legal perils) and in some cases hard core business writing skills.

One thought on “Follow Up: What Are We Learning?”