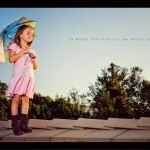 One thing I often look back and realize that I miss is the interaction and discussion in my college classes. The ones that I learned the most in were not just a professor spouting meaningless information from a podium. The really great classes had a lot of student interaction, and that was facilitated best by a good professor.

This has been on my mind in the past week as I\’ve followed the conversation on Gen Y, generations, and stereotypes in this post. The comments section is probably 3-4 times as long as the actual post, but it has some great discussions that I feel are necessary. The issues need to be talked about, because they are present in every organization. There are bigger things to worry about (as I mentioned in my own comment on the post linked above), but if you\’re bringing the generational bias to the table, you might want to rethink your ideas.

I don\’t know about you, but I don\’t much like it when someone else puts me into a box. They give me a label. They tell me I should act a certain way. They expect specific things from me based on some predetermined characteristic.

But the only thing I (and you) can really do is to prove them wrong. If someone wants to stick you into a neat little category (any Boomers out there?), and you would rather your accomplishments and ideas stand for themselves, then you\’re going to have to make it happen.

Maybe you\’ve heard these conversations before.

It\’s up to Bob and Mary to make it happen. They can reinforce the preconceived notions or shatter them completely. What do you think?