This is the recount of a troubling situation relayed to me by a friend earlier this week. I\’m using pseudonyms for the sake of all involved. 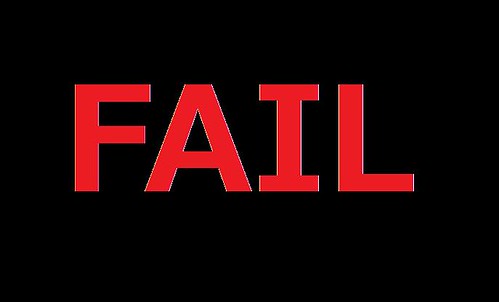 For his first job fair appearance, I gave my friend Bill some advice that I felt would help him to have meaningful conversations with the recruiters. While he wondered about a tiny resume tweak, the type of paper to print on, and other minor details, I got him to focus on an overall strategy. Instead of walking around and tossing resumes onto the table for the 70+ employers present, I told him to do a bit of research and find 10-15 of the companies that he would enjoy working for. Then, I made him research each of those organizations, at least on the surface level, so that he could speak intelligently with the recruiters that represented each company. That, I told him, would make a much bigger difference than any other little changes he wanted to try.

Anyway, Bill attended the event, and I called him afterward to check in. Here\’s the paraphrase ofÂ  theÂ  first half of our conversation.

I met a great guy at the XZY Corporation table. He was friendly and helpful, and we spent a few minutes chatting about the organization and what it does. Although I\’m not as knowledgeable about the company as I should be, it made me feel great when he took the time to talk to me in a private conversation beyond the normal â€œspiel.â€ By the time the conversation was over, I was excited about the opportunity to work for his organization.

Wow. That recruiter nailed it. He took a minor interest and turned his company into one of Bill\’s top three choices! Plus, he\’s raving about the company already. And what did it take? About 180 seconds of the recruiter\’s time.

The second half of our conversation was less positive, but it still needs to be recapped. People are doing this, and it needs to stop.

Then I went to the ABC Organization table. The recruiter looked at me like he was bored, so I started the conversation. But it didn\’t take. The guy was like a brick wall. I gave him my resume, hoping that might spark some interest. He criticized it almost immediately. Then he gave it back to me. And that was pretty much the whole exchange. He told me to apply online. Not happening.

Wow (again). That recruiter sucks. In an inverse of the previous example, he took Bill\’s minor interest and turned his company into the last possible choice. And he gave the resume back, supposedly because he could just apply online after the event.

I haven\’t had a lot of experience on the recruiting side of a job fair, but I know that some of you have. Is this kind of thing acceptable? If you or one of your fellow recruiters was acting like the guy from the 2nd example, would you be okay with that? I say it\’s a failure, because as a job seeker, I would hate to run into that kind of attitude.