In every company, there comes a time when someone makes an offer to a candidate to come and work for them. What is interesting is the wide variety of advice in the marketplace that advises candidates on how to handle that critical negotiation.

Years ago I got my start in blogging by sharing career advice with job seekers looking for an edge in the hiring process. My peers constantly told people that for the strongest negotiating position, they should hold out as long as possible. In other words, it followed the old adage “the first one to speak in the negotiation loses.”

But that’s not necessarily true. 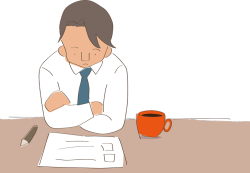 When I was recruiting, I wanted to find out from the candidate early on, whether through a job application question or through an informal conversation, what sort of salary range they were looking for. If it wasn’t offered, I would share the range of the opening early in the process. Was I showing my cards? Yes. But I was also attempting to conserve a valuable resource: time.

More than once in my recruiting career I would talk with a candidate multiple times, move them through the hiring funnel, and ultimately find out that they wanted $10k more than the top of our range. Ouch. That time is gone and unrecoverable.

So I didn’t hide things. If it was allowed based on customer rules or by the contract, I’d even post it on the actual job to give people an idea prior to application. We don’t hesitate to share our benefits, paid time off, or other policies, so why freak out with the pay?

Waiting until the very last minute is a sure-fire way to lose some of your best candidates simply because you can’t afford them. If we are to treat candidates like customers, as the current mantra goes in the recruiting world, how would that look here? Would we keep customers in the dark about prices? Would we try to make them offer us money first and then decide how much we would charge them? It seems silly to look at it that way, and believe me, it’s just as silly looking at the hiring process from afar with all its strange twists and turns.

Make sure you know what to pay someone, how it fits your compensation structure internally, etc. and then make it happen.

I’ve had a variety of experiences with managers, owners, and bosses of my own that have led me to a few conclusions.

This was refreshed in my mind last week when I spoke with a friend who is facing some challenges in his role. The manager is underpaying him according to all data: performance metrics (consistently high performer), local wage surveys, and input from others within the company. The manager knows this and doesn’t seem to care.Â At the end of the day, the employee is just going to have to put his head down and stop caring or find another job, because this isn’t going to change.

On the other hand, I can recall a conversation with a manager of mine I trusted completely to do what was right. I knew I was being underpaid by a fairly significant amount after I took over my old boss’ workload when she left. After a few months I respectfully requested a review based on my performance level and the data from our local salary survey. The response was immediate–the company (and my boss) made it right. No hemming and hawing. No stalling. Just a quick, decisive action to remedy the issue. How do you think that made me feel as an employee?

It’s up to you to do some compensation coaching with your managers. It’s not hard, and it can improve both manager and employee satisfaction with the processes.

It’s hard to talk compensation without touching on counter offers. This is the offer that companies throw out there when someone puts in their resignation.Â As an HR pro, I’m not a fan of counter offers when people are considering leaving a job.The situation has multiple elements that are not flattering. The first is that you have a manager that is underpaying people. Unless you specifically have a compensation strategy that is lagging the market, that should not be the case. The second is that you are now willing to pay the person more, potentially upsetting others in the same position with the lower pay rate. The third is the fact that the person took the very big step to apply, interview, and get selected by another company.

And that doesn’t even touch on the widely known fact that people who accept counteroffers typically leave the company anyway within a relatively short period of time. That’s because the pay is just one factor, and fixing it doesn’t fix everything else.

Back to the title of this post–I don’t believe that pay is a zero sum game from the manager/employee perspective. Someone doesn’t have to “lose” every time there is a compensation discussion. Here’s what I mean:

In each of these cases, both the company and the employee statuses improve. There is something to be said for the kind of culture that supports these activities. I know I’m making a major assumption here: the employee has earned the compensation and is worth the increase. If the person has not, then this whole conversation takes a different turn. It is time to talk with the person and give them some indication of what it will take to reach that level in terms of performance, results, etc.

Never, ever turn down a request like this without some open-ended discussion on the back end. And “come back in six months” is not what I’m talking about. Maybe the employee needs training in an area or more experience in a specific skill. Whatever the case, you can coach and guide them toward a higher level of performance (and commensurate compensation), even if that requires some level of incentive-based pay.

Without that kind of interaction, here are the two typical scenarios that I have seen:

Honestly, out of the last two options on the list, I am not sure which is worse. I have personally been in both situations in the past. It doesn’t make you a bad person, even though some managers and peers at the company might make it seem that way. Again, in this discussion we are assuming that the person has earned the money and is performing at or near the top level of the team. Feedback and compliments are nice, but they don’t put food on the table, do they?

What are your thoughts on this sticky area of compensation management? Do you have a strategy that works for you or your company?Â

2 thoughts on “Salary Negotiation: It’s Not a Zero Sum Game”