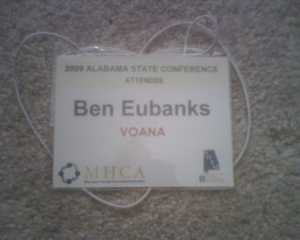 Proof that I'm really me!

With all of the talk in recent weeks about SHRM09, I have been trying my best to put together a post to talk about my own very first HR conference. In case you didn\’t realize it from the title, that would be the 2009 Alabama State SHRM Conference.

Below you will find a few selections (twenty five out of forty five, to be exact!) from my Twitter stream during the Alabama State SHRM Conference. Note that the day started amazingly well with the 1st tweet letting everyone know I took a wrong turn.

23.Â  Table discussion shows virtually no strategic HR being done in people’s companies. Mortified by that fact. #ALSHRM #HR9:30 AM May 20th from txt

22.Â  Financial literacy in the workplace session is beginning. Should be good. #ALSHRM rocks so far!9:56 AM May 20th from txt

21.Â  Financial struggles cost employers an avg of $15k per struggling employee #ALSHRM10:16 AM May 20th from txt

19.Â  Picked out of the crowd and shook hands with event organizer. Is my face THAT recognizable? #ALSHRM11:20 AM May 20th from txt

18.Â  @hrbartender abandoned me and @adowling for more lively drinking companions. Must have been my staring. :-) #ALSHRM11:28 AM May 20th from txt

17.Â  Lunch was fast and delicious. Listened to EEOC talk. Unappetizing. #ALSHRM11:41 AM May 20th from txt

15.Â  Heard a story about a company using female mud wrestlers as an employee selection method. How do you think that went? #ALSHRM11:56 AM May 20th from txt

11.Â  This is the coolest session ever. Exactly what I have been trying to do at work. Statistics rock. #ALSHRM1:05 PM May 20th from txt

10.Â  Does your company use inferential statistics? If so, what for? If not, why not? It’s a huge way to drive #HR & business strategy. #ALSHRM1:16 PM May 20th from txt

7.Â Â Â Â Â  Talking with @adowling and @hrbartender about #SHRM and its fantastic twitter people. And about @lruettimann. What a hoot. #ALSHRM2:15 PM May 20th from txt

2.Â Â Â Â Â  #SHRM is promoting voluntary flexible workplace policies as a proactive measure against government actions. 2 thumbs up on that! #ALSHRM3:05 PM May 20th from txt

Also, I learned that I really need Internet access on my phone. I\’m sporting a sweet BlackBerry Pearl, but I was doing my tweeting via SMS, and that meant that I couldn\’t see any responses from anyone! The HRBartender and â€˜lil miss PseudoHR had a leg up on me with their connections. I can only hope that I was entertaining enough to make up for that! 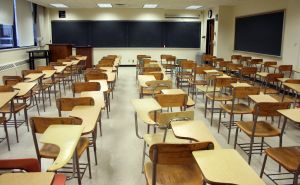 I\’m going to be starting a new series here on upstartHR. Everyone knows by now that I have a few topics that I\’m truly passionate about. One of those is what we’re learning in college. I have talked before about the holes in the HR curriculum where students are being done a disservice. This topic continues to rise to the surface in conversations I\’m having on a weekly basis. This series will cover the potential and pitfalls of HR education.

HR education isn\’t all it\’s cracked up to be. The colleges and universities are living in a different age. And although some of them are trying to upgrade with technology, they\’re still using textbooks as the major instructional material. And who writes those textbooks? Well, I\’m sure they\’re smart people, but for the most part, they are not involved with the day-to-day business world. For some students in technology-rich fields, their college education may be obsolete by the time they graduate. This scathing comment from a study performed by Quintessential Careers:

“College was a total waste of time and money. Computer courses are bordering on obsolete by graduation. There were not nearly enough computer courses in my degree program. I gained no skills to get me a job.”
— 2003 computer information systems grad

While HR education may not be moving quite as fast as that, it\’s still light years ahead of what some schools are teaching. I read recently that SHRMÂ  has a curriculum that it pushes for schools to offer. I don\’t know exactly what that may entail, but being the largest HR organization in the world means that it\’s naturally going to move slower than other, smaller organizations. Maybe it\’s time for someone to offer something revolutionary in terms of HR education?

Here\’s a novel idea. Why don\’t we take some measure (not all, mind you) of education from the HR blogs that already exist? There are dozens (hundreds?) of wonderful people pouring their hearts and efforts into maintaining a blog that describes the ins and outs of human resources. What if schools had some sort of HR education curriculum that requiredâ€”or at the very least suggestedâ€”its students study from those actively participating in the field? How revolutionary would that be?

I only found out about the prevalence of the blogosphere when I was nearly finished with college. And that was only through my own personal research on topics that are unrelated to human resources. I stumbled across a few blogs and loved the community-like aura and the availability of information. And it wasn\’t until the end of last year that I started engaging in the HR blogosphere by reading and commenting.

During the recent SHRM blogger panel, there seemed to be a fair amount of interest from people interested in starting their own HR blogs. With so many remarkable and talented individuals in our field, it\’s going to be fascinating to see where the HR blogosphere moves in the future. I hope you enjoy the HR education series and that it helps to open your thinking to new creativity and innovation.

Before I begin, I’d like to ask you to add UpstartHR to your feed reader to get free updates to the blog.Â  I have a great one coming later this week on how entry level HR can be more relevant that you won’t want to miss!

To be completely non-HR and totally geeky for a moment, I’d like to give a few details about traffic for the UpstartHR blog.Â  It’s only been around for a short while, but the hits from Google are coming fast and furious.Â  While I would hope that people were Googling “amazing HR guy,” most of it’s actually coming from those pesky PHR exam takers looking for some last-minute study advice.

That’s fine with me!Â  Let me tell you a short story that some of you may already be familiar with.Â  When I was studying for the PHR exam last December/January, I was pretty lost in the whole experience.Â  I met a wonderful young lady who had just completed her SPHR exam, and she was kind enough to give me some assistance.Â  I promised her that I would do what I could to “pay it forward” to others preparing for the HR certification exam, and I have done so ever since.

I would advise those looking for that information to head over to the Free Resources page (link at the top!) and peruse the free eBook linked there.Â  It’s been wonderfully helpful to dozens of PHR and SPHR candidates.Â  Also check out a few more resources on PHR, SPHR, and GPHR Exam Strategy andÂ  SPHR and PHR Certification Exam Study Materials.

And feel free to email me at UpstartHR AT gmail DOT com.Â  I’d be happy to help! Or click here for email updates.

In case you’re new, I love talking about the HR certification exams. Like it? Great. Don’t? Well, there will be other topics coming along shortly, so stick around. And if you’re preparing to take the exam, then I recommend you check out the Rock the PHR guide!

In an old article I wrote about my process of taking the PHR exam, I included a graph that showed the pass rates for the PHR, SPHR, and GPHR exams.Â  The green line stands for PHR, the red for SPHR, and the blue for the relatively new GPHR exam.Â  It isn’t the best picture, but it should illustrate my point that as time has gone on, the pass rates have fallen much for the PHR exam.Â  The SPHR has fallen less, but it’s still hovering around the 50% mark.Â  Maybe because it’s so “easy?”

This shows a downward trend in pass rates for PHR & fairly steady rates for SPHR.

In response to the post yesterday, Kerry of the (fantastic) Clue Wagon blog said:

Honestly, I don\’t get why we\’re still having this debate over certification. I\’ve been listening to this since the Clinton administration, and it doesn\’t seem to progress.

If you think certification is useless, don\’t get certified, and don\’t factor it into your HR hires. If you think it\’s useful, pass the test and hire people who have passed as well. There\’s room for everyone. We don\’t all have to agree on this.

As I\’ve said elsewhere, my number one beef about HR is the navel gazing. I don\’t want to talk about tests. I want to talk about how to help companies succeed (especially now). We do a real disservice to people who are new to HR by encouraging them to focus on â€œthe professionâ€ instead of â€œthe work.â€

HR people spend a crazy amount of time talking about the innards of HR. How about we shut up and go help run our companies?

That is a great point.Â  Just because someone doesn’t think the process is useful doesn’t mean we all have to hear about it.Â  A friend told me yesterday in reference to the original debate, “Either give a solution or shut up. Stop whining.” I agree wholeheartedly.

Why are we learning old knowledge in old ways when we’re going to apply for jobs requiring innovative thinking and new methods?Â  I’m not bashing my professors.Â  They were all very knowledgeable, and I learned much from them.Â  They all had experience in the private sector, but none had worked in industry for years.

My college experience was different from that of many of my peers.Â  I worked two jobs full time and attended college full time during the evenings, too.Â  I never went to a party or lived in a dorm.Â  I graduated at the top of my class, and when I hit the workplace, it was like a bucket of ice water.Â  I can’t imagine how those that didn’t already have work experience actually handle the leap into the workforce.

But I digress.Â  The tools and technology utilized in the HR field were never even covered in my college classes.Â  My first look at a HRIS (human resource information system) was on the first day of my first HR job.Â  I’m good with technology, but I know that many people don’t have those skills, either.

Steve Boese, a friend and graduate HR professor, teaches his students about the intricacies of the HR technology world.Â  Mr. Boese often says, “It’s hard to decide what information to include in the class syllabus, because there is so much information available.”Â  The simple fact that he squeezes as much into a semester as possible, and he still isn’t able to get it all in, shows that at least some of that should be taught to HR students.

Colleges and professors should be preparing HR students by getting them involved in projects that reflect the valuable job skills necessary for a successful career.Â  Students shouldn’t settle for learning the same stuff other students were taught five years previously.Â  The world outside college is changing rapidly.Â  Students will be pushed or pulled into the fast-paced corporate world, whether they like it or not.Â  However, proper preparation could greatly reduce the difficulty of that transition.

For the students out there, do you think you were adequately prepared?