Anywhere, USA – This morning we got word that someone in HR created a policy. We’re not sure what the policy was as of the time of this report; however, we were assured by our sources that it was “highly necessary” for the business to continue functioning. 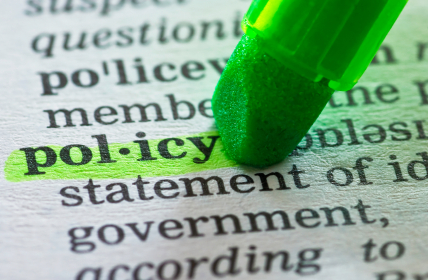 Our resident HR expert,Â Stu Pidhead, had this to say, “I have been a long-time believer in policies. Without them our employees would run rampant, exercise their own judgment, and be able to do pretty much whatever they want. How can we expect to run a business when employees have autonomy for how the work gets done or choices when it comes to rewards and recognition? No, no, and no. We have to restrict those things for the good of our employees and the world. They just don’t know better, and we have to educate them.” END_OF_DOCUMENT_TOKEN_TO_BE_REPLACED

I don’t know about you, but I have seen, read, and heard more about holiday parties this year than ever before. Honestly it’s more exhausting reading this stuff than actually planning, hosting, and cleaning up after one of the things.

The solution you’ve been waiting for

END_OF_DOCUMENT_TOKEN_TO_BE_REPLACED 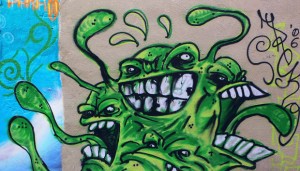 With over 800 posts in the archives, I know some of you have missed some good stuff over the years. I’m going to test out publishing some of these regularly to breathe some new life into the content and give you guys a chance to check them out. Enjoy!

We’ve all seen them. They drag their crusty, misshapen forms around, spreading despair and agony in their wake. No, I’m not talking about trolls, I’m talking about HR people! We’ve all worked with them before, but some might look at you and think that you fit the bill. Here are a handful of signs you might be turning into one of them!

When I started this blog, I tried to regularly thread in some HR humor to make things more lively. In anticipation of the fifth anniversary of upstartHR’s beginning, I am sharing this humorous top ten list. Enjoy!

Warning: This post is supposed to be humorous. If you are not experienced with humor, you might not get it. If that is the case, here’s the IRS website. Feel free to read some of that really exciting stuff over there. Why humor? Because we’re HR professionals, darn it. If we don’t get some measure of humor our souls wither and die.

Today I’ll tell the story of when I accidentally insulted someone during new hire orientation.

And not just any someone.

This guy’s dream (as he’d already told me several times) was to own his own firearms and hand-to-hand combat training business, so he was a pretty tough dude.

So, I’d been recruiting this guy for a few weeks, but we hadn’t been able to talk very much since he was overseas at the time. He was taking a remote position with us, and the group he was working with was actually in town on the day he started, so he came to the home office for his new hire orientation. Simple enough, right?

Well, we are sitting in the orientation session and I pause to talk about the different pieces of the company and what all we do. I mentioned a recent proposal we had submitted to do some work for the government, and his temper went from zero to sixty in a heartbeat. He was on his feet, pacing back and forth, and growling about how dumb the decision was. I’ve never actually seen someone “gnashing their teeth,” but I’m willing to bet that was about as close as you can get.

They make you take psychology classes in college when you get an HR degree. You also take things like communications, public speaking, etc. Basically, you should knowÂ how to talk to someone. Heh. At the time that was the furthest thing from my mind.

This guy is a trained killer, and I just made him angry. If he smashes the computer and chairs, I’m the next biggest thing in the room for him to take his frustrations out on. Unless he used the computer and chairs to smash me. That seems pretty efficient, and I haven’t seen anything inefficient about the guy since I met him. Crap.I’d rather go out in a blaze of glory. Beaten to death with a faux leather office chair was not in my top five ways to die.Â

Agh. Why didn’t I sit closer to the door? I could at least get it halfway open before he snaps my neck like a twig. I wonder if I could distract him. Too bad I don’t have a red cape to wave in his face or something. Or a bazooka. That would probably be intimidating, except for the fact that I have no idea how to use one. Sigh. College was such a poor way to spend my time.Â

At this point he’s started to calm down a little after circling the room a few times. I’d like to say it was at that point that I took control of the situation and moved on with the orientation.

Wow. His hands look really big. I wonder if he could wrap them all the way around my neck. I wonder where he’d hide the body. It’s a small room. But he’s probably inventive. He could stuff me in the ceiling tiles and be out of the building before anyone realized I was missing. Why didn’t I take the extra optional life insurance package? Darn. Wait a minute, what if I play dead? Will he still attack? Oh, wait, that’s for bears, not people. Stupid Discovery Channel. Why don’t you tell us how to survive people? I have yet to see a bear from three feet away, but I’ve been that close to plenty of crazy people…Â Wait a minute, he’s looking at me again.

By this point he was sitting in his chair, staring at me as if IÂ was the one who had nearly just blew his top. I stumbled and stuttered through the rest of the slides, made an excuse to leave the room, and breathed deeply of the fresh air that filled my lungs.

I’d like to say there’s a grandiose lesson here, but I can’t think of one. Just make sure you sit near the door if you are ever alone in a room with a former special-forces-trained-killer and there’s a chance you could make them angry at you.

Anyone else have a crazy new hire orientation story?

Cube-dwellers are made fun of on a daily basis in many forms of media. And while I love reading â€œDilbertâ€ cartoons, some of the situations hit pretty close to home. If you\’ve never experienced the glorious experience of cramming yourself into a tiny space filled with office supplies and a back-breaking chair, then you are totally missing out on the fun. (Okay, maybe I\’m lying.) Read on to see a few things that I have learned from living in a cubicle.

So, while you may think that it is boring wherever you happen to be, there are always things going on that can turn that around in a hurry. So, if anyone in your workplace is carrying a disease, brown nosing the boss, or freaking you the heck out with weird desk ornamentation, I’d love to hear about it! Drop a comment below with your own funny office story.

And now, a funny short clip from Office Space, one of the best movies to illustrate office life at its nitty gritty core. Email subscribers need to click through to see the video. 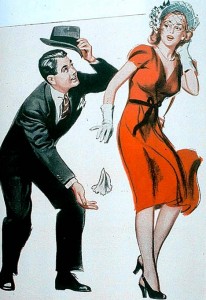 I was flipping through an HR newsletter that our VP shares with the department, and one interesting piece caught my eye. The article talked about swearing at work, other “bad manners” offenses, and it cited a study by TheLadders.com.

The top five reasons for termination due to office etiquette offenses:

Hold up a second… Am I the only one that sees #3 sticking out like a sore thumb? I think drinking on the job goes beyond bad manners and into “Hey, I’m an idiot. Please terminate me!” territory. The other items are (unfortunately) all too common for most of us. I’ve written before about office gossip, and I completely agree that it’s a toxic problem for most companies, but it really surprised me to see swearing at the top of this list.

Sometimes we can laugh, though

I wrote a funny top ten list of office etiquette violations a while back. Check it out and feel free to share it with your friends and coworkers. :-)

So, you’ve seen my thoughts (both serious and not). What’s your biggest problem with office etiquette?