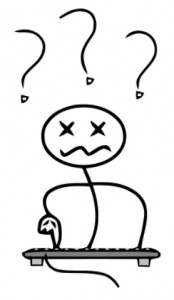 AKA Living in the Social Stone Age

So, when I heard that there was going to be a Carnival of HR on social media use, I was pumped. Not because I had any results to share, but because my current company is on the far opposite end from fluent usage (i.e. Stone Age) and I need some tips to make it happen. So I’ve written this post to tell what we could do if social stuff ever got the approval it needs.

Life in the Social Stone Age

We don’t use social media. We have no plans to. Although I inject a bit it where I can (sharing blog posts, creating short videos, etc.), it can’t take root on this rocky ground. People keep trying to treat it like it’s a passing fad instead of a huge competitive advantage in the social sphere.

Here’s a snippet from a post by Chris Ferdinandi that says it all.

How would you react if someone said to you, â€œI don\’t use that email thing.â€? Would you hire them for an HR job?

Thirty years ago, the internet was just a fad. Only it wasn\’t.

Twenty years ago, email was just a fad. Only it wasn\’t.

Today, social media is just a fad. Only it isn\’t.

If you don\’t use â€œthat social media thing,â€ you need to. Not knowing how is going to be the same as not using email in five years.

If I could wave my magic wand, my organization would…

But it doesn’t happen when you sit on the sidelines.

Social media. It’s not magic. It’s hard work. But it pays off in ways traditional media never could.

Anyone else living in the Social Stone Age?

3 thoughts on “That Social Media Thing”