â€œThis message will appeal to people in our recruiting process who gravitate towards a culture of hackathons and innovation. It will also turn away others that don’t fit.â€ Gary Bolton, Vice President of Marketing at ADTRAN

I recently had the pleasure of connecting with a handful of key staff members at ADTRAN in Huntsville, Alabama, to discuss the company’s innovative internal engineering hackathon program. The firm has more than 2,000 employees and is headquartered in Cummings Research Park in Huntsville, the second largest research park in the United States. It also has offices in Germany and India. The company is known locally for its innovation, and the staff credits its continued innovation in part to the hackathons and the type of culture those activities promote. 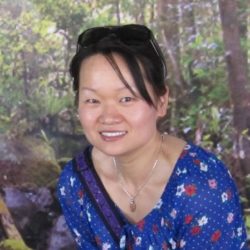 May Chen, Software Engineer at ADTRAN

The hackathons are events “by engineers, for engineers,” according to May Chen. This was a grassroots program launched by three of the firm’s 400+ engineering staff, but support goes all the way to the top. Chen, one of the leaders of the initiative, said “We’ve had tremendous support. Business, IT, strategy, R&D–all the business units believe in what we’re doing.” This concept of ownership and self-leadership was echoed by the company’s marketing leader:Â â€œThis is definitely organically steered. Leaders stay out of hackathon management and leave it to the engineering staff.â€

And while hackathons also happen as community events in many locations across the world, there is something special about having this happen within the walls of the company.Â Kaley Schweikart, Human Resource Leader – Americas, explained, â€œThis lets them do these internally instead of outside. It helps the workers and us as a company to grow and foster an innovative and creative team and culture.” 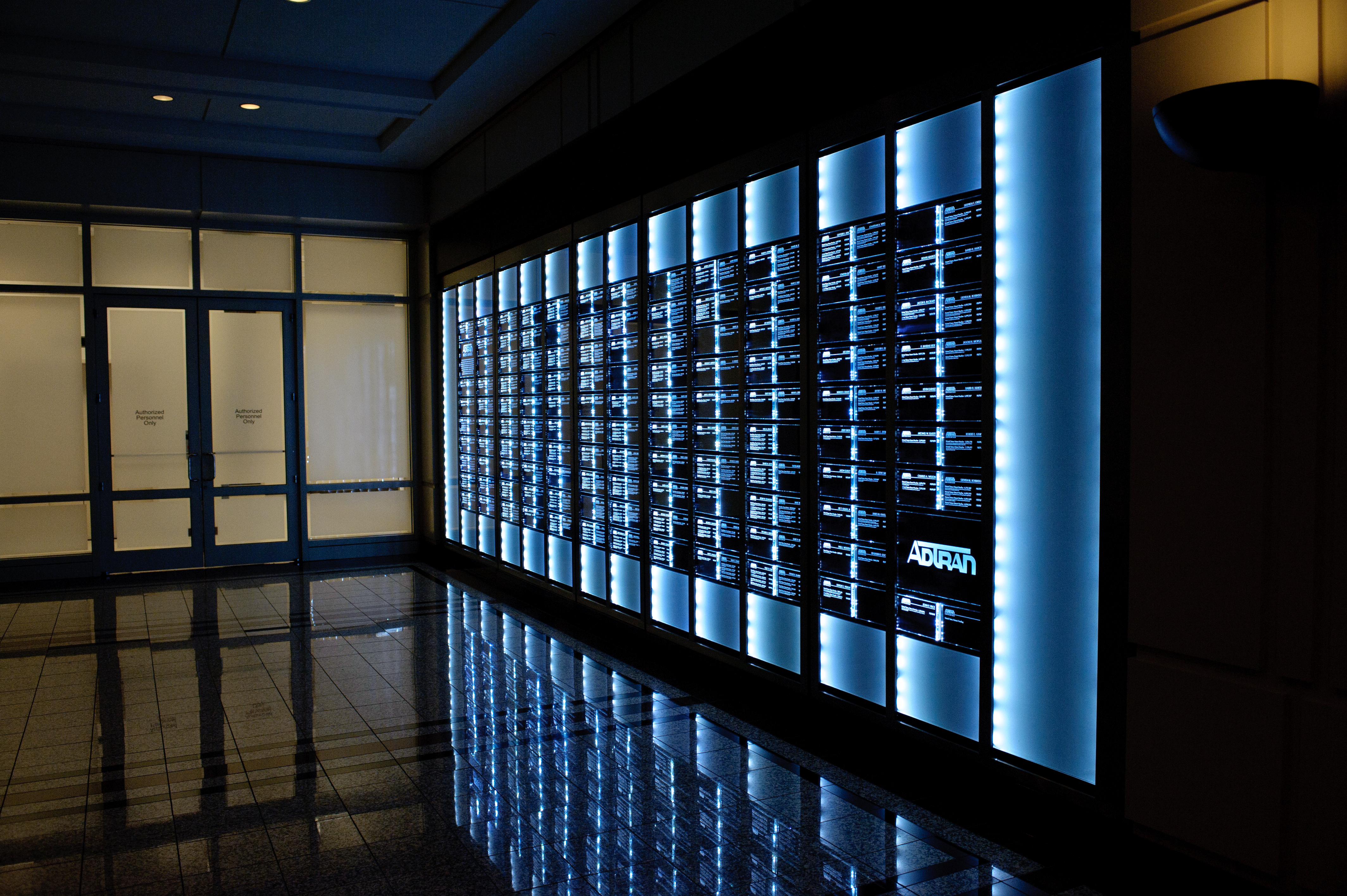 This wall within ADTRAN headquarters displays its many patents, a testament to the firm’s culture of innovation.

However, the idea of innovation at ADTRAN didn’t just start here. Prior to the launch of the hackathons, the company ran a series of “coder dojos,” focusing on internal and external participants. For instance, families were welcome to participate and the content focused on beginners and advanced tracks. This was the 1.0 version of the company’s attempt to harness innovation on a broader, more structured scale.

Switching this to a more internally-focused hackathon also took several iterations. In 2013, the practice started very slowly.Â To launch the program, the team needed to get buy-in from the firm’s leadership. R&D wasn’t fully on board with the idea of hackathons initially. After all, it’s a significant investment of resource costs. Workers spend approximately one day coding and working and half a day presenting and demoing their solution. One of the initial negotiation points for launching the hackathons was that they must be business related, but this later changed when the value of the events became clear. By 2014, the hackathon events were a standard practice within the company.

Today, there is an incredible amount of excitement among the employee base for the regularly scheduled hackathons to occur. The events are consistently growing in terms of participation rate, and recent events have had between 70 and 100 participants out of an engineering population of 400-500 workers. Additionally, the events have picked up in interest from those outside engineering, widening the participating audience to include IT, marketing, user experience, manufacturing, and other areas of the business. For example, one of the marketing team members works with the hackathon committee to develop collateral and signage promoting the hackathons. The leadership of the company sees this as “an opportunity to create relations that transcend work and functional boundaries.”

But what are the actual outputs? To look at this from a practical angle, outsiders often wonder what sorts of outcomes result from the investment in a hackathon. For the team at ADTRAN, there are numerous outputs both tangible and intangible. Tangible results include one proof of concept that reduced processing time for a work process by an order of magnitude, greatly improving productivity. Another was teaching engineers a new programming language by creating simple applications using the specific target language. Finally, another example of innovation is the virtual test bed, a solution that allows the engineering team to simulate hardware and software usage without requiring thousands of dollars of actual hardware.

On the intangible side, one of the key benefits is allowing participants to leverage skills and strengths they might not use in their daily workflow, such as project management skills or more specific technical skills related to a task or process. Additional value points from a human capital perspective are explored in the section below on unintended benefits.

Hackathon events currently happen on a regular cycle at ADTRAN. Three times a year the firm dedicates one and a half days to the internal hackathon, enabling workers to focus on other projects and innovations that might fall outside the scope of their daily work.

The committee starts with a training workshop for people unfamiliar with the themed topic. In this session they offer participants a use case and tools to use. Additionally, for those engineers that don’t have a dedicated project they want to pursue, “seed” projects can be provided for those new to hackathons to help ease them into the process.

What follows is a fairly intense day-long dive into the team projects. Engineers work in focused bursts over eight to ten hours to make as much progress as possible in the dedicated time slot. Their end goal? Presenting a five to eight minute presentation about their project in hopes of getting it funded. The actual presentation time, while short, gives each a chance to explain the concept, show off any models or prototypes, and then comes the fun part: teams are subject to unlimited Q&A time to allow participants the opportunity to ask questions, dissect ideas, and fully grasp the concept and its impact.

This “demo day” takes place the day immediately after the workers have hacked their specific area of focus. The only requirement for participating in the hackathon is that the team must also participate in demo day to show off their work. The company sees this as a combination of springboard for new ideas that the workers can’t get to in their day-to-day as well as an opportunity to explore new technology (such as the artificial intelligence example above).

The Intended (and Unintended) Benefits of Hackathons 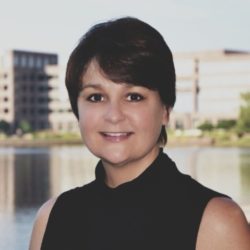 Plus, with a greater focus on skills acquisition in today’s workplace, the hackathon events provide a powerful way to not only teach a new skill, but offer an immediate opportunity to apply it in practice. For instance, the advent of more artificial intelligence and machine learning technologies in the marketplace has the engineers hungry for skills and knowledge on those topics. In a recent AI themed hackathon (the topic was voted on by the engineering staff, not dictated by company leadership), the group used a short, structured learning workshop to educate workers on the basics of AI/ML, then they were encouraged to put those new learning concepts into practice by developing a program or improvement using those ideas.

This acquisition of new learning skills is a powerful concept as research tells us that developmental opportunities are the number one predictor of employee retention.Â

Sjohn Chambers, one of the company’s engineers, explained, “We have this hackathon culure internally. For the last three years, I’ve really hated if I had to miss a hackathon for some reason. The engineers all look forward to this.” In addition to the specific process of hacking, Chambers also said this is woven into his own performance review process. “The hackathon projects and results are a part of my performance reviews and my own career development. My manager and I have these kinds of discussions regularly.”

Additionally, the team told me the magnetic pull of the innovative culture was so strong that one employee that left the company for another engineering firm ended up coming back because he missed the hackathons. This story, while anecdotal, shows that the other engineers that are still with ADTRAN are there due in part to this specific practice. It has a powerful influence not just on bringing workers in but in keeping them engaged, a valuable prospect.

While these events were started with the hope of driving creativity and innovation among the engineering population, the company’s leaders quickly realized there were some unforeseen benefits to creating this type of initiative. For instance, the VP of HR for the Americas,Â Kaley Schweikart, told me that the company couldn’t have used advertising or other media as effectively as the word-of-mouth that results from the innovative culture the firm has created. She credits the success of the ongoing college co-op engineering program in part to the hackathons. The firm funnels around 160 co-op students through its engineering department each year. 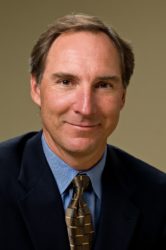 Additionally, the Vice President of Marketing, Gary Bolton, confirmed that the hackathons were a key differentiator in the hiring process. Recruiters talk about the events with candidates as a way to demonstrate the unique culture of the firm, branding ADTRAN as a fast-paced innovator, which some might not expect from a 30+ year old firm.

When competing with high-tech firms like Google and Facebook for software developer talent, employers like ADTRAN can use hackathons to stand out competitively from an employer branding perspective.Â

More broadly, ADTRAN is the largest patent holder in Alabama. The company has 60% more patents per R&D dollar invested than the industry average, and more than 21% of revenue goes into R&D on a regular basis to keep the innovation at the front of the market. In the image above you can see the company’s internal wall dedicated to the patents it holds. For a company dedicated to improving its innovation and innovative capabilities, there is no higher honor than that level of recognition.

The AAR: Wrapping Up a Great Hackathon

Obviously the team hopes that each hackathon event will bring creative new ideas to the forefront, but it doesn’t take that for granted. The three organizers and the hackathon committee of eight engineers gather for an after action review to dissect each event and understand what worked and what didn’t. This retrospective offers valuable insights.

Sjohn Chambers, one of the participating engineers, said, “Honestly you can learn as much if it fails as if it succeeds. Not all projects are ‘successful,’ and success is relative.”

As a team, the group ask questions in the review about what was learned, what went wrong, and what went right. In addition, time is spent on exploring what to change for the next session to improve it even further. Despite having several years of hackathons under their belt, the team is still learning, a testament to the culture of continuous improvement and innovation.

In the video below, the hackathon component of the company’s innovation journey is mentioned starting around 1:33.

One thought on “Case Study: Using Hackathons to Attract, Develop, and Engage Talent”