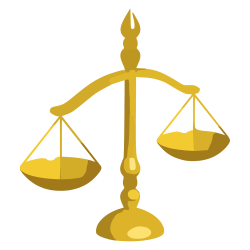 Recently someone asked this question on Quora, a site that I sometimes drop by to help shed some light on the world of HR:

If I lie about a past felony on job applications, will the California FCRA keep background checks from finding out?

The first two responses to the question were focused on what the law covers and how the person might hide their information–interestingly enough I don’t see their answers on the site anymore, so I’m not sure what to think on that. However, here’s what I offered as advice:

Since the others didn’t address it in their answer, I’ll go ahead and say it: you don’t want to start your career off with a lie. There are studies that show the number one predictor of long term success is integrity–if you’re willing to sacrifice yours now, well…

If I was the HR director at the organization and found out later that you had lied about something like that, we would terminate. If you lie to me once there’s a good chance you’ll do it again.

This isn’t a dig at you or your history–this is a plea to maintain your honesty, especially when it gets hard. There are careers that don’t require you to pass background checks (small employers and startups rarely use them).

My response was somewhat short, and to be frank I was fairly upset with the other commentators because they just accepted the decision to lie to an employer and went on with their business. I felt like it was my job to offer some insight based on hiring (or not hiring) these kinds of people in the past.

We’ve all seen the movie where the guy meets the girl, one of them lies, and then the rest of the movie is spent trying to hide and then fix that lie. It doesn’t always work out perfectly in real life like in the movies!

The problem with self-reported honesty

The other day I wrote about the podcast where the Chief Analytics Officer at Cornerstone OnDemand was talking about honesty. Candidates who said they were honest on pre-hire assessments were 33% more likely to be fired for policy violations.

When you ask a dishonest person if they are honest, they will probably lie. That’s the issue with self-reported honesty.

By the way, if you didn’t see the article, click over nowÂ and read points #20-23. They tie in nicely here.

If you’ve never heard of Thomas Stanley, he is a researcher and has done some very interesting research on self-made millionaires in the US. These are not “trust fund kids.” They started with nothing and became wealthy over the course of their lives. When asked, the number one response from that group on what led to their success wasÂ integrity.

Most of what we think about millionaires is wrong, and his books (The Millionaire Next Door is my fave) shed light on how that works. I highly encourage you to check out his writings. The lesson here is not just that long-term success is based on integrity, but that a lack of integrityÂ will in some way contribute to a lack of success.

Think that’s too general/vague to apply to you? SHRM did some research a few years back and showed that out of the top 5 key skills for HR leaders, two of those were ethics and integrity. I did a video to discuss the topic, and even though it’s old, the topic is still relevant. [Note to self: update that video series :-)]

Here’s what I wrote previously about building a culture of trust:

Developing an intentional culture of trust is similar to gardening. When weeds begin to flourish, the answer is not to wipe out all nearby vegetation. The solution is careful weeding to take care of the specific offenders.

A few years ago I was at an event listening to the speaker talk about what had led to his organization being named on a local â€œbest companyâ€ list for several years in a row. He said something to start his presentation that I will never forget.

You donâ€™t create a â€œBest Place to Work,â€ you defend it.

That was such a powerful statement. You can develop a workplace that people really want to join, but in order to have a noteworthy organization for the long term you need to create a mindset that it is everyoneâ€™s job to protect the culture from harm. A great way to make that happen is by enabling employees to seek out those â€œweedsâ€ and apply pressure to either get in line or get out. You should find willing participants, especially if the current employees have already begun reaping the benefits of a culture of trust (greater autonomy, less micromanagement, etc.) Hereâ€™s a hint: if your employees are willing to fight for you, then youâ€™re probably on the right track.

The example I come back to when I’m thinking about how this plays out in the real world is a piece of glass. Once it has been broken I might be able to glue it back together and keep the pieces more or less in place, but it will never be the same. It will always be weaker and I will not want to rely on it as much due to its history of breakage.

If you break trust with someone, the same implications and consequences apply. Don’t just pursue integrity for yourself–teach the next generation that it’s worthwhile. Look for opportunities to encourage integrity when a choice puts it to the test, whether for you or for others.

Have you run across applicants or employees with integrity issues? How do you normally handle them?Â