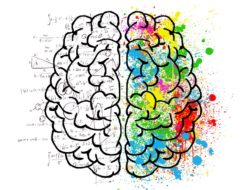 Ask any business leader, and they’ll tell you they invest in the development of their workforce with the goal of improving performance. Yet the training and content delivery methods of the past aren’t keeping pace with the needs of the modern learner. No longer can you throw an hour of eLearning at a problem or slap a speaker in front of an audience and hope that knowledge will transfer and behaviors will change.

In today’s episode of We’re Only Human, I explore three critical components of great learning content based on neuroscience principles. In other words, I look at how people actually learn from experiences, interactions, and content and focus the discussion on those elements. In the discussion of how attention, memory, and self-exploration impact learning, I also provide helpful advice on how to create learning experiences that deliver impact and results.

Additionally, if you want to explore more deeply, you can check out my new eBook, the Neuroscience Principles of Great Learning Content, which can be found here:Â http://lhra.io/neuroscience

For more episodes of We’re Only Human or to learn more about the show, check outÂ https://upstarthr.com/podcast

Check out the podcast embedded below:

You know I’m a big fan of Freakonomics. I talk about them fairly often. This is due in part to the nature of the content–it’s not explicitly about HR, recruiting, or business. It just ties in nicely with what we do, as you’ll see in this post.

During a recent episode, the host talked with a professional economic forecaster about what it takes to be great at forecasting.Â The gentleman talked through several points, but the one that was most pertinent to today’s discussion was the ability toÂ make judgment calls with some measure of certainty attached.

Most of us have had to terminate someone at some point, and there is always that sense, no matter how airtight the decision, that something could come back to bite us.Â Consider the following two examples and think about which one would make you seem like you have a good handle onÂ the situation.

I don’t want to point any fingers, but that is a fairly common response. You might have said that very statement yourself (I know I probably have!) But I think we can do better. What about this?

That second statement is pretty good, right? It gives some measure of probability that helps to assess the situation appropriately. Without it, the statement is vague and could really go either way. It could be 10% or it could be 70%.

Now, if you’re like me, you would probably hear that second response and wonder “Where did the 10% figure come from?” It can’t be arbitrary. It needs to be grounded in some sort of facts and experience. It can emerge from historical data, judgment, and other factors specific to the situation (disability, minority, supervisor, etc.)

The bottom line is this–we need to get better at using probability and other more concrete statements to evaluate effectiveness. When someone asks marketing about its latest campaign, they don’t say “We think it’s working.” Instead, they pull out data, share information, and give concrete examples of how the initiative is driving results. We need to do the same. Just like HR leaders can specifically learn some lessons from marketing leaders, we all can pick up a few ideas on how to measure and communicate effectiveness.

Do you make a common practice of measuring and communicating the probability of high-risk actions occurring? What has been the result?Â