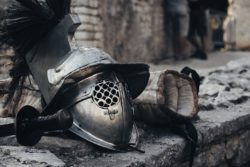 If I was leading the strategy at HRCI at the time, I would have had two goals: first, I would have begun creating a grassroots network of HR leaders (maybe in conjunction with chapters, since they already represent an established network) to keep support for HRCI certifications and show the value at a local level. Secondly, I would have advised HRCIÂ to become more flexible and supportive of the chapters and professionals as a way to compete with SHRM’s deep roots, yet it seems to have gone the other way, potentially hampering its long-term success and value to the everyday HR professional. I’m seeing and hearing comments like this more often than I’d like to admit:

When the separation happened I never imagined Iâ€™d be saying this because I worked incredibly hard to earn my PHR and SPHR. However, I am now comfortable announcing that I will not be renewing my legacy certification. #IAmSHRM #SHRM-SCP @SHRMCertified @SHRM #SHRMBiz #SHRMVLS