Yesterday, Jose Berrios of SHRM spent some time talking about diversity, and he mentioned using a Twitter-like tool to let managers give employee feedback in short, 140-character snippets. Many of the audience members agreed that it was a good idea, but I was quick to point out that it isn’t really that easy. My alternative solution:

Ooh! I have an idea for how to make employee performance reviews better-let's get managers to talk to employees. Novel idea. #shrm12

In response to my comment, someone else came back with a (poor) excuse for why my idea wouldn’t work:

I can’t help but laugh. HR pros need to be forcing managers to manage well, not giving them a free pass to be poor communicators. If they are not talking with their employees, that’s not going to change by offering to let them talk to their employees with a software program in snippets too small to give real, useful feedback.

Let’s fix the problem with managers who don’t take the time to talk with their people. Then we can discuss software tools that help to supplement the feedback process with more frequent, informal pieces here and there. It’s not an either/or answer–both can (and should) be used effectively. 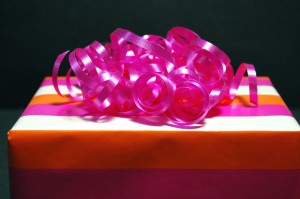 I arrived in Atlanta just a few short hours ago, and I’ve already seen some great things that tell me this is going to be a fantastic event. My goal in the next few days is to 1) take as many notes as possible so I can go back to work and impact my employer in a big way (as should be the goal for any attending HR professional!) and 2) share as much content from the event as I possibly can with those who are unable to attend. A few things that hit me right away:

I know this is just a glimpse of the event, and the real sessions haven’t even started yet! I still have to visit the SHRM Volunteer Leader’s Lounge, the SHRM Bookstore, the expo hall (hellooo, vendors!), and attend some exciting events. Look for more great content in the coming days live from SHRM12!

I’ve been looking at the long list of concurrent sessions at SHRM12, and it’s a little bit frustrating. If it was possible, I’d attend more than 75% of the sessions on the list. However, I only have time for 6-8 in the two and a half days I’m there. I’ve narrowed the list down significantly from my initial sweep, and I’m now working to filter further by which ones will have the greatest likely impact on my work once I head back to the office next Thursday morning.

Anything on my list that you’ll be attending? What’s your “must see” session?

SHRM, you make me laugh. I see emails coming in from you on a weekly basis with offers for discounts, free totes, and more. The value of membership? It’s there. Let’s focus on that.

See, I’ve been a Society for Human Resources Management member since August 2010. Why did I join? Well, it wasn’t for a reason most people end up joining SHRM. I didn’t sign up for the white papers, the templates, the webcasts, or even the discounts on attending their events.

I signed up to volunteer.

Chuck Salvetti, the manager of the student and YP programs at SHRM, reached out to me last summer to see if I would be interested in being the chairman of the SHRM Young Professional Advisory Council. I leaped at the chance, but the caveat was that I had to be a member in order to volunteer on the committee. So, grudgingly, I signed up.

Since then, I’ve been more than confident that it was the right decision for me. Not only have I had the opportunity to participate in some great discussions that will shape the focus of the SHRM YP program, but I’ve also started using the tools that the organization provides. Last November, just a few short months after becoming a member, I took on a new HR role in a startup company. Suddenly I needed those webcasts, white papers, and templates to do my job on a daily basis.

I still tell people to join local SHRM chapters for the community/connections and the national SHRM for the content. However, after seeing the work they are doing with SHRM Connect, I could be recommending national membership for building connections if they can get the tool cleaned up and re-released.

Bottom line: SHRM is doing some great things in both traditional HR spaces and in social media. If you are not a member, I highly encourage you to give it a hard look. If you are where I was a year ago and membership doesn’t make sense for you, then pay your local dues and help them rock their chapter. There’s a role out there for everyone. It’s up to you to find yours and fill it.

Thank you to SHRM for sponsoring HRevolution!

Recently I had the opportunity to visit Washington D.C. to work with the Society for Human Resources Management and a great team of individual contributors on SHRM’s social media tool, SHRM Connect. While some of us have criticized SHRM for moving slowly at times, it looks like they are making great strides on this project.

Check out the video below for more information.

In November I released the free Rock Your Chapter guide to the public. The intent was to create something to help local chapters and state councils to attract, retain, and engage their members. Since then, the guide has been downloaded over 200 times! I just want to thank everyone for their support and ask that you continue to share this tool. Many chapters have a change in leadership with the new calendar year, and this would be a great way to get a jump start on new ideas for 2011.

I’ve also had a lot of great reviews/testimonials from the volunteer leader community. It’s amazing to get the support from everyone that I have received. A quick sample:

Thanks for putting your ideas on paper and working to make us all better.
(Cincinnati HR) Posted by Julie Johnson

This is great stuff! I will share with the Guam and Saipan chapters and let you know the results. Thank you for taking the time to put this together.
Posted by Katherine Gillespie Dote

Nicely done. Finally had a chance to download and read. Will happily pass along to others as well!
Posted by Bradley Galin, SPHR

I love giving these things away for free. The best part for me is knowing that it’s helping a person somewhere that I don’t even know, simply because someone like you shared it with them. Here are a few ways you can help me (and other chapters in your area):

Thanks for the support, everyone! Click here if you want to download the guide or see the reviews.

I’m not sure how many of you knew it, but I have the honor of serving as the chairman for the SHRM YP committee. Not sure what that is? Well, the video below will clue you in. I talk about some of the things the Society for Human Resource Management is doing to target young professionals and a few reasons why it’s a hot button issue for me.

This week is going to be a busy one for me, so I’m considering a full week of videos. I recorded a handful while I was out of town last week, and if I can pull them together, you can listen/watch instead of read this week. Enjoy!

Email subscribers need to click through to see the video below. END_OF_DOCUMENT_TOKEN_TO_BE_REPLACED