One of the most amazing things about participating in an annual SHRM conference is the opportunity to talk with friends and discuss the core concepts of this profession. I hinted at a few of the ideas recently, but today I wanted to go in a different direction. It might be random and disjointed, but I think you need to read it and consider the question: why are you in HR?

A new and different role 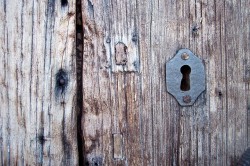 What’s the key to a long and successful HR career?

Sometimes it seems like I am preaching a version of HR that is radically different from the norm. In many places, it’s not uncommon for HR professionals (many of you, even) to be using paper applications to process applicants, working through an annual performance review process with your staff members, and handling a large amount of administrative tasks. And there’s nothing inherently wrong with those activities. Let me be clear. However, I do want to emphasize the fact that there are better ways to do them, if your culture and leadership support that. So a friend approached me about these things and asked:

“If we keep preaching these things and the core of HR hasn’t changed, should we be looking for another job? Are we defining a job that doesn’t exist?”

My answer to that? Maybe. As far as looking for another job, we need to work in places that support what we believe. You can work in a place you don’t enjoy or a place that has work that isn’t fun. Probably not forever, but you can at least do it for a while. However, if you don’t believe in what they do morally, ethically, or spiritually, then it’s never going to work. Get out while you can. As far as the defining a job that doesn’t existÂ part, that really intrigued me. I believe that there are companies out there for every type of attitude or culture fit. And if there isn’t maybe that’s a reason to start one. Many well-known and much-loved companies started because someone was unhappy or uncomfortable with a prior employer and struck out on their own. Now that we’re discussing beliefs, I ask that you take a trip down memory lane with me.

Think about what you know and believe about HR. You know, the foundation and principles that you rely on every day to make decisions and do your job. You’d probably think that the general beliefs for people in the same profession would be the same, but I’m not quite sure. What would you think if I said those basic principles that you rely one are probably very different from mine? We might share some tendencies, but the variables of where we’ve worked, who we’ve worked with/for, what we’ve learned, etc. can greatly influence that foundation. You might think it’s moot based on where you are in your career currently, but even those early experiences can still shape the direction and trajectory of your life for years to come. When I first jumped into HR, I latched onto two of the most innovative people I’d ever seen. Mind you, I had recently finished a degree in human resources management, so I assumed I knew what the heck I was doing. And then I found Chris and Frank. Chris Ferdinandi and Frank Roche were the authors of RenegadeHR and KnowHR, respectively. The things they were writing were revolutionary, bold, and (somewhat) scary. For someone with a degree in HR, I quickly realized that a large portion of what I knew from school was fairly useless if I wanted to be valuable in this profession going forward. Thinking back, I don’t know that there was a specific moment or article that helped to set me on my current path, but here I am and I can easily see how many of the principles and ideas learned from those men have helped to shape my ideas and career ever since. One interesting thing to note? Chris and Frank are neither one hardcore HR professionals. Chris is more of a creative/communications type guy, and Frank works for a communications company. Interesting that those types of professionals were sharing the most attractive and insightful ideas for a young and inexperienced HR pro. I sometimes wonder what would have happened if I had instead ended up on another website written by someone who thinks policies are the best thing since sliced bread and that we need to be counting every minute that our employees are sitting in their chairs during the day to ensure full “productivity” (ha!). What would I be like? What would I believe? How would my career have been different? I do know that it would have been wildly varied from what it is currently. My previous manager hired me after spending time with me in a mentor group and reading this site to learn my thoughts on leadership, culture, etc. If she had seen something in my writing or behaviors that indicated a poor culture fit, then I would never have had the opportunity to work in my current role. Yes, I’m talking about my own path here, but I want you to think back on yours as well. Whether you’ve been doing this for ten days or twenty years, I think it’s worth the time investment to occasionally look back on your career and take stock of the situation.

I mentioned earlier that I think there’s a company “fit” for everyone, it’s just a matter of finding the company. One of my friends works for a “traditional” HR department. The most important things in their mind are dress codes, attendance policies, and planning the office parties. What I talk about as far as revolutionizing the relationship of HR with leadership, tying into the business needs, and becoming a strategic player on multiple levels will not work with a company like that without a major shift in leadership. It’s embedded. It’s the culture (how things are done). And it won’t change without much pushing, pulling, and prodding. On the other hand, some organizations don’t ask for anything more from their HR team, because they have never seen any reason to do so. If you’re content with spending the majority of your time monitoring your employees for social media use or checking into how many breaks they’re taking, then keep that up. You’ll never disappoint, but you’ll never be great, either. If you want to do and be more as an HR professional, then you need to step up and make that happen. In one of my past roles I kept pushing and working to try and make my department better. I wanted to change “how things were done,” because they were obviously broken and in need of serious repair. I thought that others wanted to see things change as much as I; however, the friction of their unwillingness to change was what eventually drove me to seek employment elsewhere. I had two very young babies at home and it was a scary leap, but I wanted to find a company that actually wanted to hear what I had to say. It’s a very common, yet completely crazy, scenario. We spend all this time and money trying to recruit and hire people because we value what they can offer in terms of knowledge/skills/experience, but then we don’t want to listen to them if what they say isn’t palatable. I’ve noticed that problem is one of the symptoms of a broken workplace. Great leaders should hire people who are excellent, then let them work. Those people will help challenge each of the other staff to up their game (or hopefully they’ll leave and make room for another great hire). That’s how great companies work. Suppressing greatness is never going to lead to greatness.Â

I wanted to take a second to remind you (and me) that this isn’t a static conversation. Who we were yesterday isn’t necessarily who we’ll be tomorrow.We’re all constantly learning and growing (or we should be). My beliefs and values won’t change, but what I do and how I do it very well may. Once you understand what kind of professional you want to be, find resources to help you grow in that manner. Here’s a quick example: On the flight to the SHRM conference a few weeks ago I picked up a book from a friend to peruse. I had to put it down after twenty pages, because I had two pages of notes and nowhere else to capture my thoughts on the plane. The comments and ideas in the book align with mine, but they come from Broc’s world view, not mine. I get the benefit of his experience and education (informal and otherwise), and I sharpen my own skills and knowledge for the future. I encourage growth often. If you’re not growing, you’re becoming stagnant. It’s time to own your own growth.

Speaking of fit, let’s look up

One of the sessions I was desperately looking forward to at SHRM was “Keeping your Company Culture as you Grow.” That’s one of my fears–that we will lose our sense of identity as we continue to grow in leaps and bounds. One of the speaker’s comments is fitting for this discussion. “If you don’t fit with your CEO on 80% or more of the issues, leave and find one you can work with. You should push when necessary, but it’s not your job to change the CEO’s mind on every decision.” Does that mean that you should bail tomorrow? Probably not, but I do encourage you to re-evaluate your career through the context of the ideas discussed here today. Let’s recap:

I’m hoping this is the beginning of the discussion, not the end. I’d love to see some thoughts on the topic from you and learn more about how I can support you in your role as an HR professional!

4 thoughts on “HR-Maybe You’re in the Wrong Job?”