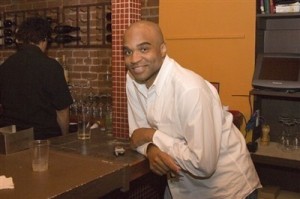 My goal is to really to work with the folks here at SHRM to make sure that we are using social media tools as a way to educate and engage our members while also connecting with others within the HR profession to increase awareness of SHRM. I also hope to be the Ashton Kutcher of the HR Twitter worldâ€¦can you help me get to a million followers Ben? [Considering my paltry 2,400, I’m probably not the best resource, Curtis. :-) ]

Hmmm, I am a buffalo wing conneisseur with in-depth knowledge of that subject. I will be releasing a list of the best wing spots prior to the SHRM annual conferenceâ€¦stay tuned.

I am excited about what we are doing in that space this year. In addition to being able to follow us @shrm10 and on Facebook, this year we are debuting the social media lounge. This will be an area at the conference for registered bloggers to congregate to post their blogs and videos. We will have plasma screens, video back drops, and computers kiosks and wi-fi as well. In addition, we are going to have a â€œblog squadâ€ of SHRM members that will cover the people, places and events of the conference. The blogs and videos that we post will be featured on the annual conference website.

We are also hosting an official tweet-up on June 28th at a secret location in San Diegoâ€¦ How\’s that for marketing? But seriously, we are going to host an event for folks to connect the dots with their â€œtweepsâ€.