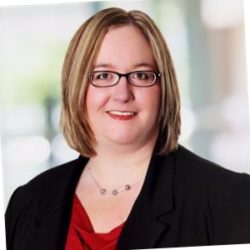 In today’s episodeÂ of We’re Only Human, I talk with Autumn Spehar, HR Director at Stout Advisory, about how her company made a radical change in its approach to performance management. We also talk about how it’s working out one year later and the key lessons learned.

Check out the show below:

In today’s discussion with Autumn Spehar of Stout Advisory, Ben delves deep into this question by asking Autumn to describe her company’s transition from annual, paper-based performance management to a technology-enabled approach utilizing continuous feedback, real-time recognition, frequent check-ins, and more. This conversation is more than theory–it’s based on a year of practice in using the system, including the ups and downs that any company might face in this kind of transition.

Listeners to this episode will not only get to hear about Stout’s new outlook on performance, but they will be treated to some insightful commentary about the connections between culture, behavior change, and other elements that some of the “headlines” on performance management seem to miss. If you’re in charge of performance management at your company or you think your system could use a refresh, this is the episode for you!

I’m reading a new book, and it’s pretty amazing. The Power of Moments tells stories and gives examples of how to create amazing moments of value for employees, students, families, etc. Two of the principles from the book can be leveraged for employee reviews and I want to focus on them today.

The first concept is called Assurance + Expectations. Researchers performed a study on students that received graded feedback on their work.

After receiving the feedback the students had the opportunity to edit and resubmit their work. A much larger portion of group two resubmitted their work for review. But why?

The concept comes down to Assurance + Expectations. If we provide assurance and give a set of expectations, we can empower individuals to perform at a higher level, provide greater depth, and make the transaction much more of a positive experience. Those individuals in group one didn’t get any positive reinforcement, insight into expectations, etc.

Within the performance process, it’s not enough just to give someone a piece of feedback and move on, especially when it’s critical. We need to provide critical feedback in the context of assurance (you can do great work) and expectations (I expect you to do great work). That relatively minor change shifts the whole context of the conversation from punishing someone for messing up to helping them discover how they can improve.

The second concept that applies to the performance management process is backward integrated design. This basically means backing out the design process and starting with the outcomes you hope to achieve. For example, many would say the ideal outcome of performance appraisals would be to help employees perform better. But when we look at how they are structured (especially when done once or twice a year), that simply can’t be the case, because we spend our time measuring their old performance, rating it, telling them what they did right or wrong, etc.

Instead we need to think about what actually creates better performance:

By incorporating these elements into the process we can actually improve our chances of hitting the overarching goal of improving employee performance. Our research shows that high-performing companies are much more likely than low performers to use these and other elements in the performance process. You can check out the rest of ourÂ findings on the Lighthouse Research website if you’re interested.

This summer at Lighthouse we’ve been working our way through a number of research studies, but to be honest one of the ones I’ve been incredibly pumped about is focused on performance management. It’s probably because I get a sense of the discontent around this practice regardless of where I go and who I speak with. It’s incredibly hated at so many companies by HR, management, and the employees.

But there are also companies that are using it as a kind of secret weapon. In the research (the full report will be published in September) I am seeing some very interesting points on how companies plan to approach the practice of performance management, and it’s encouraging me to focus on it not just as managing or reviewing past performance, but enabling great future performance.

These highlights, while intriguing, are fairly high level. Look for additional insights in our upcoming white paper and webinar (to be announced) that focus more deeply on culture, what high-performing companies do differently, and other key insights from the research! 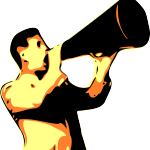 The other day I happened across a blog that posed a very interesting question:

Feedback would happen all the time if..?

So, what would you say? I can’t reign it in to just one idea, so here are sevenÂ things I think would lead to more feedback in the workplace. END_OF_DOCUMENT_TOKEN_TO_BE_REPLACED

First, read this from the Ask a Manager blog:

I just read yourÂ columnÂ about accountability and got aggravated because one of my long-standing frustrations as a manager at the large, government affiliated nonprofit where I work has been a lack of commitment to accountability. In my department, I try and, I think, mostly succeed at following your advice about talking explicitly about expectations, giving feedback, etc. â€“ but then I come up against a lack of ability to ensure that actions have consequences â€“ good or bad â€“ at the institutional level.

For example, every employee is evaluated using the same performance appraisal template, which asks questions like whether the person is â€œcourteous,â€ then spits out a score. If you have a score of at least 60 out of 100, you keep truckinâ€™ along. The problem is that everyone on my staff is responsible for making 25 teapots a year. If someone shows up sober most of the time and doesnâ€™t swear at anyone, but they only make 21 teapots, my hands are tied. On the other end of the spectrum, everyone gets the same salary increase, so those people making 42 teapots donâ€™t see any tangible reward for going above and beyond.

So I was excited when we got new leadership this year that requested a plan for providing rewards and consequences for meeting or failing to meet the 25 teapot goal. Iâ€™m happy with the plan I developed and it was endorsed by our leadership. Then it went to HR and fell into a black hole. For months, I have been following up and told they were reviewing the plan and would get back to me. Finally, I ambushed the person Iâ€™ve been trying to talk to and she told me that the problem theyâ€™re hung up on is the consequences for failing to reach goals. Essentially, if someone fails to meet the 25 teapot goal (and this is after I have met with everyone regularly throughout the year about their progress and provided them with as much guidance and support as Iâ€™m able), I want to give them six months to improve their performance or be let go. HR asserts that the proposal â€œchanges the terms of employment.â€ I donâ€™ t understand this because the job is â€œteapot makerâ€ and the job description explicitly states theyâ€™re responsible for making 25 teapots a year.

Instead of just tearing my hair out, though, I want to try to move this thing forward. I see a glimmer of opportunity because the HR director hasnâ€™t outright told me itâ€™s impossible. Iâ€™d rather the next step not be whining to the boss â€“ in part because HR doesnâ€™t seem very impressed that our top leadership wants this to happen. How do I proceed?

And now for the (quite appropriate) response:

Alison@Ask a Manager: Your HR department sucks, and your organizationâ€™s management sucks for allowing HR to suck (although it sounds like that might be changing with your new leadership). AndÂ really â€” â€œchanges the terms of employmentâ€? Have these HR people ever held a job outside this organization and seen that, in fact, you can indeed hold people to performance standards?

Iâ€™d talk to your new leadership directly if you can â€” the ones who want this to change. Tell them youâ€™re having trouble getting HR to move forward with it, say you feel hamstrung in taking action on low performers, and ask for advice in getting HR to move on it. [Source]

Please don’t do this

HR has to stop doing, and allowing, things like this. It seems like itâ€™s a weekly occurrence where someone writes to Alison (Alison Green is the superstar behind Ask a Manager) with a problem that is being caused by someone in human resources.

Look, I get it. HR is like any professionâ€”weâ€™re going to have people that just arenâ€™t great at this stuff. But my sincere hope with this post is to help some of you guys see the AWFUL people practices that some organizations use and help you avoid them. For goodness sake, please steer clear of anything resembling this madness.

It’s no wonder that so many leaders, managers, and staff don’t respect HR when things like this are occurring.

Check out the short video below to learn more about The Crowdsourced Performance Review (here on Amazon). I’m looking forward to digging in and sharing more about the topics in the book!

A few years back, I was in a local mentoring group through my SHRM chapter. I heard a story from one of the senior level HR professionals in the room that has forever stuck in my mind.

Recently they had won an award as the “best place to work” in our area, and the others in the room were asking for the secrets to their success.

Here’s a paraphrased version of the story.

Others began talking about how their ratio wouldn’t allow for an HR person to be embedded into the work groups of 50-80 employees, and the conversation quickly began to turn into a “Well, we have 150 employees and only 1 HR person” discussion. People were actually proud of the fact that they were extremely lean in HR staff.

Now, assuming there’s work to be done, I am a big fan of avoiding that overly-lean level of staffing in the HR function. Check this:

Sometimes you have to stop and wonder where common sense has gone. Companies are expecting more from their HR team than ever before, but according toÂ data gatheredÂ by XpertHR, companies are increasing the number of employees relative to the number of HR professionals. This leads to a number of trickle-down effects, but the major one is forcing those human resources employees into a more administrative function.

No, itâ€™s just an ever-increasing spiral in an attempt to decrease costs and increase efficiency. While youâ€™ll never meet someone whoâ€™sÂ forÂ increasing costs and lowering efficiency, that does come with its own baggage. Recent information fromÂ GallupÂ putsÂ employee disengagementÂ higher than 25%. Â Source: HR to employee ratio

Now that I’m off my soapbox, let’s look back at the original idea. Embed HR pros in the employee work groups. Don’t centralize the HR function in a remote location and expect to get the same results in the areas of recruiting, employee relations, etc. The more time I spend getting to know our people, their work, and our customer, the better I can serve them as an HR professional, pure and simple.

So, let’s take a peek at the “groundbreaking” concepts that you can use to make your HR team great.

And I didn’t mention it outright before, but it needs to be said–don’t use the employee to HR ratio as a means of measuring effectiveness in your function. Some industries think 1 HR pro to 100 employees is perfect, but they also might have different challenges from following that formula with no regard for the people on the other side of the equation.