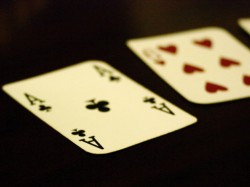 If you’ve ever heard those words, you’ve probably transported yourself back mentally to a time when you were a young child being chastised by an adult. If you spend any amount of time around kids, there eventually comes a time when you’ll have to say, “Because I said so” in response to a protest.

We’ve all seen that scene play out in its various flavors and settings in the parenting world, but the real question is still unanswered.

Why is it so common in the workplace?

Let me clarify-I’m not talking about doing day to day tasks that are routine. Most normal people wouldn’t challenge their manager with regard to the little things and how they are done.

I’m talking about situations and scenarios outside the norm where the question is clearly laid out there: is this going to be your way or mine?

A great leader will take that opportunity to be transparent and give you a sense of the “why.” They’ll give you a broader perspective. They’ll take the time to help you see their side of things and understand.

A poor leader will play the boss card. The “because I said so” response works, but it has diminishing returns. Eventually it will cause disgust and bitterness, because you’re seen as a steamroller instead of a supportive figure.

This isn’t to say that there aren’t times when it just has to be played. However, those instances should be few and far between. If you want to be an amazing leader, work to find ways toï¿½avoidï¿½having to play the “boss” card.ï¿½

Look for more posts in the Leadership 101 series coming soon!